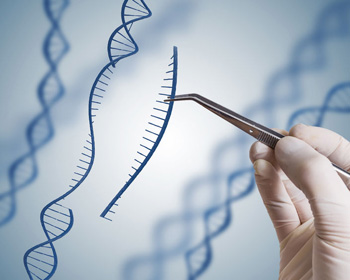 A survey run by the Royal Society suggests that, the UK is 'cautiously optimistic' about gene editing technologies. Image Credit: Vchalup123rf.com

The UK public is cautiously optimistic about the use of technologies such as DNA sequencing, gene therapy and genome editing to help tackle global challenges like improving human health, reducing inequality and responding to the impacts of climate change. But underpinning this cautious optimism are both hopes and fears about the technologies in general and preferences for some applications over others. When considering what we can do with these technologies, the public believe that we also need to consider how, where and when genetic technologies should be used and who should benefit from them.

While 46% of people indicated that they agreed with the statement that ‘genome editing in general carries too many risks to be used to tackle global challenges’, the public is very positive about its use in specific areas such as human health. In a survey for the Royal Society of 2,061 people, respondents were broadly welcoming of using genetic technologies to improve human health. 83% of respondents believe that using genome editing as a way of curing an otherwise incurable life threatening condition such as muscular dystrophy would be positive for society. 82% are positive about treating patients with conditions where other treatments are already available such as leukemia, and 73% are positive about the use of genome editing to treat non-life threatening conditions such as arthritis.

This positive perspective also applies to editing genes to correct genetic disorders where the changes would be passed on to the patient’s children (76% are supportive). However, the public would draw the line at cosmetic changes such as eye or hair colour, with 69% opposed, and enhancing human abilities such as intelligence, with 60% opposed.

Professor Robin Lovell-Badge FRS, a leading scientist at the Francis Crick Institute and chair of the Royal Society’s genetic technologies programme says, “Developments in genetic science are driven by our wish to tackle the many challenges humanity faces, including reducing the burden of human disease. People have told us that they are cautiously optimistic about the potential of the new methods for research and applications, but they are understandably concerned about the risks, and the ethical and social implications.

“With developments in science making genetic technologies faster, easier to use and more affordable, now is the time to discuss how we use these new genetic tools, if we should use them and where we want them to take us. Working out what we as a society find ethically acceptable requires open and inclusive debate involving many voices – and any decisions as to their use should not be left to scientists and clinicians alone, but involve all sectors of society.”

The Royal Society commissioned a public dialogue to explore UK views on genetic technologies applied to people, plants and animals and to probe some of the dilemmas and debates around their use. The results will be used to inform the wider debates that are necessary around their future application in a wide variety of settings.

There is support for the use of genome editing in animals to prevent or cure human disease. For example, 71% of survey participants approve of using genetically modified mosquitoes to limit the spread of malaria. Just over half of respondents (51%) are positive about the use of genetic technologies to increase the efficiency of food production, relating this to the development of salmon that require less food to grow.

The majority of survey respondents (72%) do not agree with cosmetic applications involving animals, such as micro pig pets and fluorescent fish. There is also strong support for more rigorous testing and strict regulation for genome edited animals (76%).

As in other applications the need for effective regulation was stressed, as was the desire to prevent cross contamination with related plants that have not undergone genome editing.

The public dialogue comprised a survey and workshops: