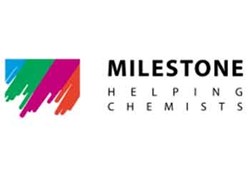 Large-scale volcanic events are thought to be key drivers of environmental crises in the Earth’s history owing to the huge volumes of greenhouse gases (H2O, CO2, N2, CH4, SO2) they release into the atmosphere-ocean system.

In addition, four out of five mass extinctions in the Phanerozoic were synchronous with major volcanic eruptions. However, as direct evidence of volcanism is difficult to recognize in distal marine sediments, most links between biotic turnovers and volcanic activity have been based on the relative timing of these events, rather than from a direct volcanic signature.

To address this problem, mercury (Hg) concentrations in marine sediments have been used to trace past volcanic activity, as volcanic outgassing is the main natural source of Hg.

Mercury is released as a gas (Hg 0) that can be transported globally by wind action. Its short residence time allows its preservation in shallow to deep marine sediments and terrestrial settings. Mercury concentration (ppm) can be directly measured in small amounts (<1 g) of crushed sediment, with a direct mercury analyzer (DMA-80). After sample combustion, Hg vapor is captured and released, a process that enables its quantification by atomic absorption spectroscopy.

When carrying out mercury measurements at low levels, great care must be taken to ensure the data generated is representative of the mercury in the original sample.

One of the most widely accepted ways to carry out the measurement is using a direct mercury analysis technique, suitable for the determination of total mercury directly in solid, liquid, and gas samples, using the principle of thermal decomposition, amalgamation, and atomic absorption.

In this approach, a decomposition furnace is used to release mercury vapor instead of the chemical reduction step used in traditional liquid-based analyzers. Both solid and liquid matrices can be loaded onto the instrument’s autosampler and analyzed without acid digestion or sample preparation prior to analysis. Because this approach does not require the conversion of mercury to mercuric ions, lengthy sample pretreatment steps are unnecessary. As a result, there is no need for reagents such as highly corrosive acids, strong oxidizing agents, or reducing chemicals, which means no hazardous waste to be disposed of. Direct mercury analysis is a well-established analytical technique used by the environmental, biological, clinical, food, industrial and academic communities that has been approved by testing/standards organizations such as the EPA in method 7473 and the ASTM using Method D6722.