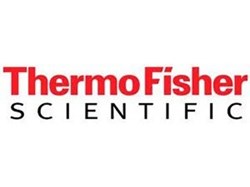 Thermo Fisher Scientific Inc., a world leader in serving science, has announced its support of Sepsis Awareness Month to drive awareness around sepsis, a complex clinical syndrome and a leading cause of death globally.

Throughout the month of September, supporters are encouraged to join together to raise sepsis awareness through posting on social media, handing out brochures or stickers, giving talks, wearing Sepsis Awareness Ribbons, or holding awareness events.

Over the past six years, Thermo Fisher has worked with Sepsis Alliance, the Global Sepsis Alliance, and other advocates to raise awareness of the signs and symptoms of sepsis. Sepsis is the body's overwhelming inflammatory response to a bloodstream infection. The condition can escalate rapidly and, if inappropriately treated, can lead to long term complications and often death. Time is of the essence in identifying the infections and treating them appropriately. More than 1.7 million people in the U.S. are diagnosed with sepsis each year.

Thermo Fisher is committed to providing exceptional laboratory tools to assess the risk of bacterial infection relating to sepsis with the B·R·A·H·M·S PCT (Procalcitonin) biomarker assay.

The results of the assay are intended to aid in:

"Thermo Fisher remains dedicated to providing solutions to improve patient outcomes and aiding in antibiotic stewardship," said Lonnie Shoff, president, clinical diagnostics, Thermo Fisher Scientific. "We are committed to spreading awareness of sepsis with the goal of improving care, increasing prevention, and helping reduce the inappropriate overuse of antibiotics that can lead to resistance. We look forward to continuing our partnerships with the Sepsis Alliance, the Rory Staunton Foundation, physicians and advocates globally that drive awareness of sepsis and help spread recognition about risk factors associated with the disease."