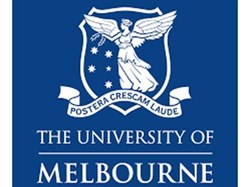 New observations on the stability of exotic silicon phases have revealed that some types of Si are stable to a much higher temperature than previously thought. Since high temperature processing is common in the development of optoelectronic devices, this has positive implications for how these new types of silicon can be used in future solar energy materials.

In a paper published in the Journal of Applied Physics, researchers at The Australian National University in collaboration with the University of Melbourne, Oak Ridge National Laboratory and the Universidad de La Laguna, found that metastable silicon states achieved by indentation remained stable up to 450 °C. The research has clarified how these indentation-formed phases of silicon evolve through metastable structures such as r8-Si, to nanocrystalline phases such as hd-Si and Si-XIII.

Sherman Wong, who performed the research The Australian National University (now working as a researcher at RMIT University), said: “This work allowed us to show differences in the Raman spectra of the silicon samples as a function of temperature, which lets us see when different phases are starting to appear or disappear. We were particularly interested in when Si-XIII started appearing, as it is a completely new phase, and how high a temperature we needed to go before hd-Si disappeared. It was exciting to find that hd-Si is stable at 450°C, as modern Si devices are processed at this temperature.”

Key to this work was the comparison of three different annealing methods: furnace, laser, and hot-stage ramped annealing. The researchers attribute their new, more accurate temperature readings for the silicon phase transitions in part due to the improved accuracy of their temperature measurement, as well as a better understanding of thinning behaviour in the samples.