Industry News: QIAGEN confirms effectiveness of its SARS-CoV-2 PCR tests in the face of mutations of the coronavirus 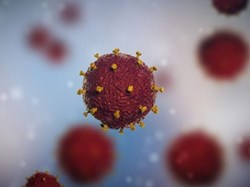 QIAGEN has announced its polymerase chain reaction (PCR) tests remain accurate and effective in detecting SARS-CoV-2 infections – and will continue to closely monitor their performance as global concerns mount regarding the detection of new viral variants by established testing methods.

QIAGEN has successfully assessed its SARS-CoV-2 PCR tests against genetic mutations of the virus uploaded to the GISAID and GenBank public databases since May 2020. A latest round of assessments conducted in January 2021 again confirmed that no recorded mutations affected the sensitivity of QIAGEN assays for detection of SARS-CoV-2. Surveillance of genetic variations will continue on a biweekly basis.

“We are pleased to report the known viral variants have had no impact on the effectiveness of our three SARS-CoV-2 PCR tests – PCR remains the gold standard for detecting RNA viruses like SARS-CoV-2,” said Davide Manissero, M.D., Chief Medical Officer - Infection and Immune Diagnostics at QIAGEN. “Further genomic sequencing of SARS-CoV-2 samples worldwide will vastly increase transparency and help us identify and respond to potentially dangerous mutations of the virus, while at the same time broadening the database we can use to verify if vaccines and tests continue to be effective.”

Variants with potentially increased transmissibility include VUI 202012/01 (first detected in the United Kingdom), 501Y.V2 (identified in South Africa), and B.1.1.28 P1 (most recently discovered in Brazil). As a virus encoded by RNA nucleotides, SARS-CoV-2 frequently mutates due to erroneous or ineffective replication of the virus genome. These mutations can sometimes produce viruses with altered properties or even entirely new strains.

To better identify potentially dangerous variants, countries like Germany and the U.S. are increasing the frequency of sequencing positive SARS-CoV-2 samples to monitor the occurrence of potential mutations. In August 2020, QIAGEN launched the QIAseq SARS-CoV-2 solution for comprehensive monitoring of sequence drift of the virus around the world. Consisting of a CoV-2 targeting panel,  the QIAseq Fx UNGS library kit, and QDI bioinformatic analysis solution, this system allows for the identification of both known and novel variants in the CoV-2 genome.

A recent paper published by scientists from the Center of Genomics at the School of Medicine at the Loma Linda University in California measured performance variation across several SARS-CoV-2 whole genome sequencing technologies using clinical nasopharyngeal swab samples. Results demonstrated the QIAseq SARS-CoV-2 Primer Panel enabled preferential amplification of the SARS-CoV-2 genome by up to 100-fold compared to human or bacterial genomes in human samples. In comparison with RNA-seq metagenomics-based technologies, it achieved more than 100-fold higher coverage of the SARS-CoV-2 genome, depending on viral load and sequencing depth.