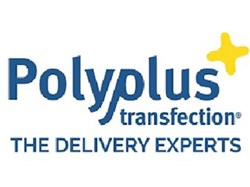 Polyplus-transfection has announced it will present its latest integrated solution to support viral vector manufacturing, from process development through to commercialization for the gene therapy sector. The presentation will be delivered at the Alliance for Regenerative Medicine (ARM) annual conference, the 2020 Virtual Cell & Gene Meeting on the Mesa. The meeting will be held between Monday, October 12, and Friday, October 16, 2020.

The Polyplus solution involves the development of dedicated transfection reagents depending upon the viral vector type required. This includes first targeting the AAV manufacturing with Polyplus-transfection’s novel transfection reagent FectoVIR-AAV, The reagent has been specifically developed to improve AAV (adeno-associated virus) production in suspension cell culture system for large-scale manufacturing.

The Polyplus solution also gives the gene therapy market access to the industry’s first GMP compliant test for the Polyplus-transfection PEIpro product range to detect residual transfection reagent during the production of ATMPs (advanced therapeutic medicinal products). GMP guidelines specify manufacturers should be aware of both the residual levels of raw materials used in drug products, and the significance of these results. These regulations ensure manufacturers reliably determine residual raw material levels and thus maintain reproducible safety of ATMPs for patient administration. The Polyplus test is able to detect and quantify residual PEIpro throughout the ATMP manufacturing process. As a result, it can be used as a release quality control. The test can be adapted for each ATMP in order to ensure the lowest limits of detection.

Finally, the Polyplus solution is the first globally to enable access to dual sourcing for reagents. This will mitigate the risks to the ATMP industry as the sole provider of the PEIpro-GMP transfection reagent, the most used transfection reagent worldwide and a critical component for the development and manufacture of ATMPs for gene therapies. The dual sourcing approach enables Polyplus to source its PEIpro-GMP product from two distinct subcontracting manufacturing plants. Polyplus is able to ensure sole responsibility and control of the process. ATMP manufacturers are then able to have Polyplus as a single point of contact whilst benefiting from increased production capacity and shortened lead times.

“ATMPs and gene therapies are moving through late-stage trials and to commercialization at an exponential rate. This in turn is vastly increasing the demand for GMP reagents. In addition, ATMP therapies are becoming progressively more complex, and this means that Polyplus-transfection has to increase its services to the gene therapy sector, alongside its products,” said Géraldine Guérin-Peyrou, Director, Polyplus-transfection. “Communicating these services to the gene therapy market through the Alliance for Regenerative Medicine’s Meeting on the Mesa is essential for us as we move forward in our delivery of critical reagents that will ultimately result in therapies reaching patients.”