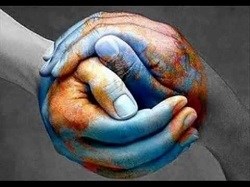 Peak Scientific, market leaders in laboratory gas generation, launched a worldwide initiative last year to assist an international charity which focuses on delivering emergency medical aid to people around the world affected by conflict, epidemics, disasters or exclusion from healthcare.

The initiative resulted in a substantial donation of $10,000 being donated to the charity.

“We hope that this will go a long way in supporting the worthy causes the charity offers aid too. I would also like to take this opportunity to thank every customer who took the time to complete their warranty registration, as without their participation we would not have raised as much money for this worthy cause.”

With 18 offices throughout the world, being a global company which acts local has been paramount to the growth of Peak’s business. Supporting an international charity which acted in a similar fashion meant that there was undoubted synergy between the two organisations which contributed to the initiative’s success.

Peak’s new warranty initiative, launched April 2016, offers up to $350 (or currency equivalent) to each customer who purchases a gas generator and completes their warranty registration.