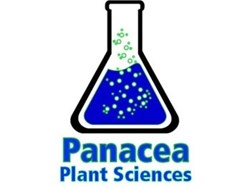 The latest preclinical results for PPS1 and PPS2 show synergistic activity at the 5-HT2A receptor when combined with dimethyltryptamine (DMT). PPS1 and PPS2 increased binding with DMT 224% and 16% respectively. The data indicates the ability of PPS drug candidates to make a sub-therapeutic dose of DMT potent enough to be potentially utilized for medical treatments.

“We are excited to capture some of the first evidence of the entourage effect in psychedelic formulations,” Panacea Plant Sciences CEO David Heldreth said. “There is still a long way to go as we work to bring these candidates to market and start helping patients.”

The 5-HT2A receptor has been a renewed focus of drug discovery as therapeutic psychedelic research has expanded in recent years. Evidence is gathering which shows that 5-HT2A agonists have the ability to treat mental health conditions such as PTSD, addiction and depression. The mechanisms include increased brain connectivity, neuron growth and more.

As interest in psychedelics and research in their medicinal use has increased, cost has surfaced as a recurrent barrier for adoption. PPS1 and PPS will allow the use of significantly lower doses of active compounds and thus reduce the cost.

Panacea Plant Sciences has conducted similar studies on 5-MEO-DMT, psilocin, LSD, mescaline and other compounds, as well as identifying compounds which reduce activity of agonists on the 5-HT2A receptor. The company expects to publish the full data in Q3 2022.