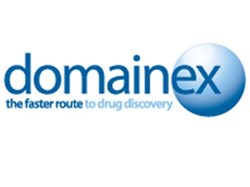 Domainex has announced that a team of its scientists, working in close partnership with Professor Michael Schneider and his team at Imperial College, have found a potential new drug candidate for treating the heart damage caused during a heart attack by targeting the way the heart reacts to stress, according to new research partially funded by the British Heart Foundation (BHF) and published in the journal, Cell Stem Cell.

The research team, led by BHF Professor Michael Schneider at the National Heart and Lung Institute, Imperial College London, was the first to discover that a protein called MAP4K4 plays a central role in how heart muscle cells die off as a response to the stress of a heart attack. It has gone on to develop a potential drug that targets this protein, and which in mouse studies can minimise the damage after a heart attack by 60 per cent.

A heart attack happens when a blood clot blocks one of the main coronary arteries, the blood vessels supplying the heart muscle. The heart is starved of oxygen and nutrients and the muscle produces stress signals that ultimately cause heart cells to die. These dead cells are not replaced very well, and this means that the damaged heart can’t pump effectively, and this can lead to heart failure. Heart failure is a debilitating condition that makes everyday tasks like climbing stairs, or even getting dressed, exhausting.

Due in large part to research funded by the BHF more people than ever before are surviving their heart attack after receiving treatments such as stents and clot-busting drugs, but this means that the number of people living with heart failure has risen considerably. There are estimated to be over 900,000 people living with heart failure in the UK.

BHF Professor Michael Schneider and his team are working to develop drugs that could be given in the first few hours following a heart attack to minimise heart muscle death caused by the stress signals. These stress signals increase dramatically when the blood supply is restored, so although it is vital to resupply the heart with oxygen and nutrients by reopening the blocked coronary artery, additional treatments to counteract any ‘reperfusion injury’ have been sought for decades.
It’s hoped that this work will be developed into a treatment that could be given as an injection whilst someone is being prepared to receive balloon angioplasty to open the blocked coronary artery that caused their heart attack.

The treatment is also possibly important in regions and countries where there is limited access to rapid angioplasty, when it could be given whilst the patient is waiting for hospitalisation.

The researchers made their discovery by studying heart samples from people with heart failure and found out that MAP4K4 is activated in these patients. They showed this was also the case in mice after a heart attack, and in human and rodent heart cells and heart tissue subjected to stress signals in the laboratory. They found that if you raise the levels of MAP4K4, heart cells are made more sensitive to stress signals. If you block MAP4K4, the cells are protected, and that is what their designed drug can achieve.

To mimic what might happen in a clinical setting, the mice were given the drug one hour after the blood flow to their hearts was restored. This showed that the drug could reduce heart damage in mice by around 60 per cent.

Notoriously, potential treatments from prior research into prevention of heart muscle death have not proven effective in large clinical trials, but the team believe targeting this new protein, and testing their results in human heart tissue grown from stem cells before moving to trials in heart attack patients, could be the key to success in this area.

These successes have led to a family of potential new drugs being developed for heart attack, with the next steps including rigorous safety testing and a clinical trial, which could start as early as 2021-22.

BHF Professor Michael Schneider who led the research at the BHF Centre of Regenerative Medicine said: “There are no existing therapies that directly address the problem of muscle cell death and this would be a revolution in the treatment of heart attacks.

“One reason why many heart drugs have failed in clinical trials may be that they have not been tested in human cells before the clinic. Using both human cells and animals allows us to be more confident about the molecules we take forward.”

Professor Metin Avkiran, Associate Medical Director at the British Heart Foundation, which part-funded the research, said: “Coronary heart disease is the major cause of heart attacks and it kills 180 people in the UK each day. Finding a drug that could limit the death of heart muscle during and after a heart attack, and stop the decline towards heart failure, has been a target of research for decades. But, despite several promising candidates in the past, we still have no drugs that can do this in routine clinical use. “

“A unique strength of this study is their extensive testing of the drug in heart muscle cells grown from human stem cells. But further research is needed to refine and test drugs that can target MAP4K4 before we’ll see them given to people who’ve had a heart attack.”

This research was funded by the British Heart Foundation and Wellcome Trust. Cambridge medicinal chemistry firm Domainex partnered for the design, testing and manufacture of the drug candidates tested.”

Trevor Perrior from Domainex, who made the family of potential drugs said: “Our team were thrilled to work on this exciting new target discovered by Michael’s team.  There were several challenges that we had to solve in order to invent a series of potential drug compounds that were potent, selective, and - importantly - suitable for dosing intravenously. It was enormously gratifying when we were successful and they worked, just as Michael had predicted.  We look forward to at least one of these compounds progressing towards the clinic for the benefit of patients.”