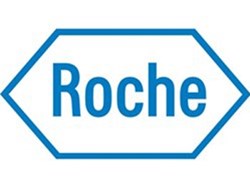 These data are being presented virtually at the 73rd American Academy of Neurology (AAN) Annual Meeting from 17–22 April, 2021. OCREVUS is the number one prescribed MS medication in the U.S. for patients starting a new treatment, and more than 200,000 people have now been treated with OCREVUS globally.

“All patients regardless of their form of MS experience disease progression from the start. Therefore, we are encouraged by these new analyses showing that early treatment with OCREVUS may significantly control disease progression in both relapsing-remitting MS and in primary progressive MS. Controlling progression can enable people with MS to maintain mobility and limit their disability,” said Levi Garraway, M.D., Ph.D. Roche's Chief Medical Officer and Head of Global Product Development. “In addition, our data show that more people with MS are staying on OCREVUS, the only twice-yearly treatment for MS, compared with other therapies, which may translate to improved outcomes.”

OCREVUS treatment provided consistent benefit over one year in patients who were recently diagnosed with RRMS and had not received prior disease modifying treatment (DMT) in an interim analysis of open-label Phase IIIb study ENSEMBLE. After 48 weeks, 85% of OCREVUS-treated patients achieved no evidence of disease activity (NEDA; no relapses, worsening of disability or new or enlarging brain lesions with pre-specified MRI re-baselining at 8 weeks). The average annualized relapse rate across all patients was very low (0.005) and their mean change in Expanded Disability Status Scale score (EDSS) from baseline significantly improved from 1.71 to 1.55 (p=0.002). Additionally, neurofilament light chain (NfL), a marker of nerve cell damage, was reduced to nearly healthy control levels with OCREVUS treatment (10.5 pg/mL at baseline to 4.55 pg/mL at 48 weeks with OCREVUS vs. 4.12 pg/mL in healthy controls). The safety profile of OCREVUS in this trial was consistent with its overall favorable safety profile.

OCREVUS treatment significantly slowed accumulation of atrophied T2-lesion volume (aT2-LV) compared with placebo at 120 weeks in a post-hoc analysis of the ORATORIO study in PPMS (319 mm3 vs. 366 mm3 with placebo, p<0.015). AT2-LV is a measure that reflects the volume of T2 lesions in brain tissue that is replaced by cerebrospinal fluid, and is believed to be a marker of disease progression in MS. People with PPMS experience three to five times higher accumulation of aT2-LV than people with relapsing MS and these data suggest that OCREVUS may favorably impact the underlying progressive biology of MS.

Approximately 80% of patients adhered to twice-yearly (six-monthly) dosing of OCREVUS after their second year of treatment compared with other DMTs, which were grouped by administration route (35% adherence to injectables, 55% to orals and 54% to other infusions), in a new analysis of U.S. commercial and insurance claims databases. OCREVUS also had the highest proportion of patients (75%) persist with therapy at two years (33% with injectables, 54% with orals and 55% with other infusions).

With rapidly growing real-world experience and more than 200,000 people treated globally, OCREVUS is the first and only therapy approved for relapsing MS (RMS; including RRMS and active, or relapsing, secondary progressive MS [SPMS], in addition to clinically isolated syndrome [CIS] in the U.S.) and PPMS. At Roche, we are constantly striving to optimise the care for people with MS and a shorter two-hour OCREVUS infusion time, dosed twice yearly (six-monthly), is now approved for eligible people with RMS or PPMS in the U.S. and EU.

OCREVUS is approved in 95 countries across North America, South America, the Middle East, Eastern Europe, as well as in Australia, Switzerland, the United Kingdom and the European Union (EU).