Industry News: High maternal death rate in resource-limited countries could be reduced with a simple questionnaire 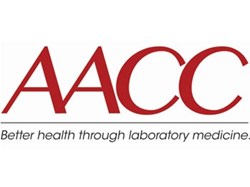 Research presented at the 71st AACC Annual Scientific Meeting & Clinical Lab Expo shows that a questionnaire-based algorithm predicts the risk of a pregnant woman developing preeclampsia. This method could lower the high maternal death rate in resource-limited countries by identifying women who need treatment for this often fatal condition.

Preeclampsia is a multisystem disorder that can cause devastating complications for mothers and babies, from brain and liver injury in mothers to premature birth. It is one of the top causes of maternal-fetal mortality worldwide, and it disproportionately affects women in resource-limited countries. While preeclampsia is fatal for only 1 out of every million births in the U.K., it is responsible for more than 570 deaths per million births in Ghana. Worse yet, this is considered an average preeclampsia death rate for low- and middle-income countries.

To develop the algorithm, Anto’s team first administered the SHSQ-25 to 498 Ghanaian women who were 10-20 weeks pregnant, in addition to measuring relevant physiological metrics such as magnesium and calcium levels. Based on participants’ questionnaire scores, the researchers classified 49.8% of the women as being in poor overall health (high SHS) and 50.2% as being in good health (low SHS). Ultimately, 61.7% of the high SHS women went on to develop preeclampsia, compared with just 17.6% of the low SHS women. The high SHS women who developed preeclampsia also exhibited significantly lower magnesium and calcium levels, leading the researchers to incorporate these metrics into the predictive algorithm. Overall, the algorithm identified 77.7% of the women who developed preeclampsia.

“Women develop this condition at an outrageous rate in Ghana, but its early clinical signs often go undetected,” Anto said. “Why not try to develop a new approach that identifies clinical manifestations of preeclampsia before it happens? This [algorithm] could … be used to predict hypertensive disorders of pregnancy, thus creating a window of opportunity for predictive, preventive, and personalized medicine.”

Abstract B-155: Algorithm of Suboptimal Health Status, Serum Magnesium, and Calcium Levels as a Novel Approach for Prediction and Identification of Pregnant Women Likely to Develop Preeclampsia and Adverse Perinatal Complications in a Ghanaian Population will be presented during the following two sessions:

Both sessions will take place at the Anaheim Convention Center in California.