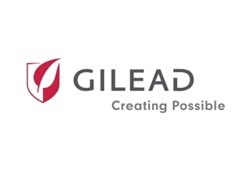 Kite, a Gilead Company, has announced that the U.S. Food and Drug Administration (FDA) has granted accelerated approval to Tecartus™ (brexucabtagene autoleucel, formerly KTE-X19), the first and only approved chimeric antigen receptor (CAR) T cell therapy for the treatment of adult patients with relapsed or refractory mantle cell lymphoma (MCL). The approval of this one-time therapy follows a priority review and FDA Breakthrough Therapy Designation and is based on results of ZUMA-2, a single-arm, open-label study in which 87 percent of patients responded to a single infusion of Tecartus, including 62 percent of patients achieving a complete response (CR). Among patients evaluable for safety, 18 percent experienced Grade 3 or higher cytokine release syndrome (CRS) and 37 percent experienced Grade 3 or higher neurologic toxicities.

“Despite promising advances, there are still major gaps in treatment for patients with MCL who progress following initial therapy,” said Michael Wang, MD, ZUMA-2 Lead Investigator and Professor, Department of Lymphoma and Myeloma, Division of Cancer Medicine at The University of Texas MD Anderson Cancer Center. “Many patients have high-risk disease and are more likely to keep progressing, even after subsequent treatments. The availability of Tecartus as the first-ever cell therapy for patients with relapsed/refractory MCL provides an important option with a response rate of nearly 90 percent and early clinical evidence suggesting durable remissions in later lines of therapy.”

“Kite is committed to bringing the promise of CAR T therapy to patients with hematological cancers, and as such, we are proud to launch our second cell therapy,” said Christi Shaw, Chief Executive Officer of Kite. “I extend my thanks to the patient study participants, caregivers, clinical researchers, regulators and dedicated colleagues at Kite who helped make this approval possible, and we look forward to partnering with the lymphoma community to deliver this potentially transformative therapy to patients with relapsed or refractory MCL.”

Tecartus has a Boxed Warning in its product label regarding the risks of CRS and neurologic toxicities. A Risk Evaluation and Mitigation Strategy (REMS) has been approved by the FDA for Tecartus and has been combined with the Yescarta® (axicabtagene ciloleucel) REMS. The REMS program will inform and educate healthcare professionals about the risks associated with Tecartus therapy, and training and certification on the REMS program will be an integral part of the final authorization for centers offering Tecartus.

MCL is a rare form of non-Hodgkin lymphoma (NHL) that arises from cells originating in the “mantle zone” of the lymph node and predominantly affects men over the age of 60. MCL is highly aggressive following relapse, with many patients progressing following therapy.

“This approval marks the first CAR T cell therapy approved for mantle cell lymphoma patients and represents a new frontier in the treatment of this disease,” said Meghan Gutierrez, Chief Executive Officer at the Lymphoma Research Foundation. “In the past decade, researchers have made significant progress in our understanding of this disease and we have seen an increase in clinical trials for patients, which we hope will continue to improve treatment strategies and the options available to people with mantle cell lymphoma. Today’s news builds upon this progress and provides hope to mantle cell patients and their loved ones.”

Tecartus will be manufactured in Kite’s commercial manufacturing facility in El Segundo, California. In the ZUMA-2 trial, Kite demonstrated a 96 percent manufacturing success rate and a median manufacturing turnaround time of 15 days from leukapheresis to product delivery. Manufacturing speed is especially critical for patients with advanced disease, who are very ill and at risk for quick progression.

Patients whose healthcare professionals have prescribed Tecartus therapy can work with Kite Konnect®, an integrated technology platform that provides information and assistance throughout the therapy process for Kite’s commercialized CAR T therapies, including courier tracking for shipments and manufacturing status updates. Kite Konnect provides support for eligible patients receiving Yescarta and Tecartus, and it provides information for the healthcare teams supporting their patients. Healthcare providers and patients can reach Kite Konnect at www.KiteKonnect.com or 1-844-454-KITE (1-844-454-5483).

KTE-X19 is currently under review in the European Union and has been granted Priority Medicines (PRIME) designation by the European Medicines Agency for relapsed or refractory MCL.

The approval of Tecartus is supported by data from the ongoing, single arm, open-label ZUMA-2 pivotal trial. The study enrolled 74 adult patients with relapsed or refractory MCL who had previously received anthracycline- or bendamustine-containing chemotherapy, an anti-CD20 antibody therapy and a Bruton tyrosine kinase inhibitor (ibrutinib or acalabrutinib). The primary endpoint was objective response rate (ORR) per the Lugano Classification (2014), defined as the combined rate of CR and partial responses as assessed by an Independent Radiologic Review Committee (IRRC).

In the study, 87 percent of patients (n=60 evaluable for efficacy analysis) responded to a single infusion of Tecartus, including 62 percent of patients who achieved a CR. Among all patients, follow-up was at least six months after their first objective disease response. Median duration of response has not yet been reached.