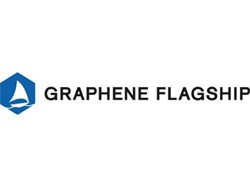 Now, the Graphene Flagship has committed €45 million to invest in eleven commercialization projects led by key industrial partners in Europe such as Airbus, Fiat-Chrysler Automobiles, Lufthansa Technik, Siemens, and ABB. Notably, the project partners will also co-fund the projects with a further combined contribution of €47 million, showing their interest in the development of graphene-enabled products.

The newly launched projects combine the results of the Graphene Flagship’s innovative scientific research with the ambitions of commercial partners for marketable applications. This initiative will bring the number of companies involved in the Graphene Flagship to 78, which makes up nearly half of the whole consortium.

The newly launched projects have been designed to increase the Technology Readiness Level (TRL) of graphene-based technologies — a metric used to determine the maturity of a technology and its estimated time to market. One of the new projects, GRAPES, will focus on improving the stability of graphene-based perovskite solar panels. Working alongside industrial partners such as Siemens, Greatcell Solar, and the Graphene Flagship spin-off BeDimensional, the project will boost the performance and stability of graphene-based perovskite cells to record levels, a crucial factor for improving Europe’s uptake of solar energy generation.

Discover the latest in graphene research>>

Similarly, GRAPHIL will develop an innovative water filtration system, with implications for the environment, health and societal wealth of Europe’s citizens. The project, led by Medica SpA, will use graphene-based filters to remove contaminants, pesticides and dangerous pathogens from the billions of cubic meters of water consumed by European citizens each year.

The announcement also includes sector-specific ventures, such as AEROGrAFT and GICE. Both projects will deliver graphene-based technology to improve safety and efficiency in the aerospace sector. These projects are backed by industry heavyweights Lufthansa Technik and Airbus, respectively.

The AUTOVISION project will develop state-of-the-art vision sensors, which could be critical for the safe functioning of self-driving cars, and it will count on industrial partners such as Aixtron, UK and Veoneer, Sweden.

Nokia will lead another project, Metrograph, to develop an ultrafast graphene-based transceiver to enable high-speed and low-power consumption communications. Furthermore, SafeGraph, a first-of-its-kind project, has been developed to ensure regulation and legislation for graphene-based products is coherent as these products are brought to market.

Moreover, thanks to the contribution of the EU National Funding Agencies (FLAG-ERA), Mellanox LTD will participate in a project targeting the development of light detection and ranging systems for self-driving cars and other applications, enabled by graphene, resulting in a compact, rugged, low-cost and highly efficient system.

The newly launched projects also align with the United Nations’ 17 Sustainable Development Goals (SDGs). Among others, these objectives include achieving good health and wellbeing, clean water and sanitation, affordable and clean energy, and sustainable cities and communities, as well as improvements to industry innovation and infrastructure in Europe.

Discover more in the Materials Community>>

Jari Kinaret, Director of the Graphene Flagship, explains: “The Spearhead Projects are market-motivated, industry-led sub-projects that aim at creating prototypes at TRL 6 or above, in areas where graphene-related technologies have an edge over competing approaches. From April 2020, the spearhead program will be expanded to comprise about 30 per cent of the Graphene Flagship’s funding from the European Commission. This is a bold move that shows our firm commitment to maximizing the impact of the Graphene Flagship.”

“Each of the eleven new initiatives will be led by key Graphene Flagship industrial partners. This will pave the way towards the commercialization of the prototypes when the projects end in 2023. These projects will demonstrate the value of the ground-breaking scientific work that has been conducted by the Graphene Flagship’s partner institutes during the project’s six-year timespan so far.”

Elmar Bonaccurso, Senior Scientist and Project Manager for Surface Technology at Airbus, says: “Airbus has been following the Graphene Flagship from the beginning. Now, after six years of successful research and development, we are at the right point to step in with a larger project. We expect that, by using graphene as a material for ice protection systems, we can reduce the complexity of these systems to create a system that uses less energy, reduces fuel consumption and allows us to become more environmentally friendly in aviation.”

Jean-François Buggenhout, Head of the Flagships Unit at the European Commission, comments: “It is remarkable to see this strong response to the call for Spearhead Projects, ranging across such a wide set of applications. In about six years, the Graphene Flagship has managed to create a dynamism that has spread across many academic and industrial players, and today many people share the fascination and seize the opportunities that have opened up for Europe. This is an example of how Europe can take scientific results and push them through, up to the point where the industry takes the lead.”