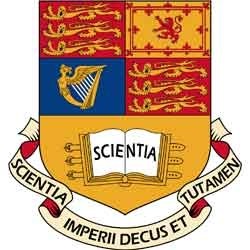 For the first time researchers have quantified the number of cancers likely to be caused by diabetes and high body mass index (BMI) worldwide. The study, led by Imperial College London, found that nearly six per cent of new worldwide cancer cases in 2012 were caused by the combined effects of diabetes and being overweight (BMI of over 25 kg/m2) or obese (BMI of over 30 kg/m2). For the 12 cancers types studied, diabetes and high BMI combined were responsible for nearly 800,000 new cancer cases.

The authors say that if global rates of diabetes and overweight continue to rise, the share of cancers attributable to the combined factors will increase by over 30% in women and by 20% in men by 2035. The research is published in The Lancet Diabetes & Endocrinology.

To conduct the study, the researchers gathered data on cases of 12 types of cancer from 175 countries in 2012. They combined this with data on high BMI and on diabetes. They matched the data sets by age group and gender. The two factors accounted for a quarter of liver cancers and more than a third of all endometrial cancers worldwide. In men, liver cancer was the commonest cancer caused by diabetes and high BMI, accounting for 126,700 cases, or 42.8% of all cancers caused by diabetes and high BMI. Colorectal cancer was the second commonest, accounting for 63,200 new cancer cases or 21.4%.

The most cancer cases were seen in high-income western countries (38.2%, 303,000 of 792,600 cases), however the largest increases from 1980 to 2002 were seen in low and middle-income countries. The leading cancer due to diabetes and high BMI in high-income western countries was breast cancer, accounting for 23.8 of all cancers attributable to these risks. In East and South East Asia, liver cancer accounted for 53.8% of cancers attributable to diabetes and high BMI. The new figures highlight the substantial role of diabetes in cancer worldwide, particularly in lower income countries where rates of people being overweight, diabetes and cancer cases are soaring.

Dr Jonathan Pearson-Stuttard, lead author of the study from Imperial's School of Public Health, said: "While obesity has been associated with cancer for some time, the link between diabetes and cancer has only been established quite recently. Our study shows that diabetes, either on its own or combined with being overweight, is responsible for hundreds of thousands of cancer cases each year across the world."

It is vital that coordinated polices are implemented to tackle the shared risk factors and complications of chronic diseases such as obesity and diabetes.

The authors say that although the reason for the link between diabetes and cancer is still being investigated, high insulin or glucose levels, chronic inflammation, and sex hormone disruption are potential factors.

They say the figures highlight the need for effective food policies to tackle overweight and diabetes, and for clinicians to be aware of the high cancer risk carried by people of all ages who are overweight, have diabetes, or both.

Dr Pearson-Stuttard added: "Both clinical and public health efforts should focus on identifying effective preventive, control and screening measures to structurally alter our environment, such as increasing the availability and affordability of healthy foods, and reducing the consumption of unhealthy foods. It is vital that coordinated polices are implemented to tackle the shared risk factors and complications of chronic diseases such as obesity and diabetes.

"The distinct features of cancer patients are evolving throughout the world. In the past, smoking was by far the major risk factor for cancer, but now healthcare professionals should also be aware that patients who have diabetes or are overweight also have an increased risk of cancer.

The research was funded by NIHR and the Wellcome Trust.