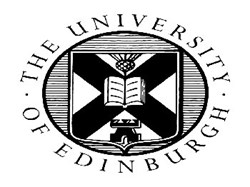 In Type 1 diabetes the insulin-producing cells of the pancreas are destroyed. Insulin injections maintain health but blood glucose levels can be difficult to control. Currently in the UK it is estimated that approximately 400,000 people in the UK have type 1 diabetes.

The current recommendation for people with type 1 diabetes who have lost awareness of low blood glucose levels is the transplantation of islets – the insulin producing part of the pancreas.

A study in mice found that transplanting a combination of islets with connective tissue cells found in umbilical cords – known as stromal cells - could potentially reduce the number of pancreases required for the procedure.

Mice that received the islet-stromal cell combination were found to have better control of blood glucose and less evidence of rejection of islets after seven weeks, compared to those that received islets alone.

In humans, more than two donor pancreases, which are scarce, are often needed because islets can be rejected and are slow to form new blood supplies.

Therefore, multiple islet transplantations and anti-rejection medication are required to control blood sugar levels in people with Type 1 diabetes. Scientists at the University of Edinburgh hope their findings could be a way of overcoming these issues.

Other studies have used cells sourced from bone marrow and fat. This is the first to use stem cells from umbilical cords and has produced superior results.

The research is published in the journal Science Translational Medicine and funded by Chief Scientist Office in Scotland and Diabetes UK.

Shareen Forbes, Professor of Diabetic Medicine at the University of Edinburgh and Lead Physician for the Islet Transplant Program in Scotland, said: “Should this research prove successful in humans, we could reduce the number of islets needed to control blood sugar levels using this co-transplantation approach. This would mean more people with Type 1 diabetes could be treated using islet transplantation while significantly reducing the waiting time on the transplant list.”

John Campbell, Professor and Associate Director Tissues, Cells & Advanced Therapeutics at the Scottish National Blood Transfusion Service has said that further work is needed to establish the long-term safety of using this type of stromal cell in this setting before proceeding to clinical trials in humans.

Dr. Elizabeth Robertson, Director of Research at Diabetes UK, said: “Islet transplants have been life changing for some people with Type 1 diabetes, treating dangerous hypo unawareness. But there currently aren’t enough donated pancreases to go around, and the procedure itself isn’t yet as effective as it could be.

“This new research from the University of Edinburgh is a promising step forward, and one we hope will lead to islet transplants becoming both more effective and more widely available in the future.”