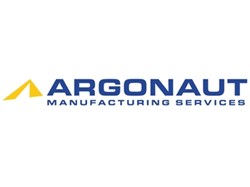 LyoDots are customizable and each dot can be attached to an adherent surface that greatly simplifies the automation of lyophilized material in assay cartridges point-of-care-testing. The proprietary adherent surface on a LyoDot ensures the lyophilized reagents maintain positional correctness and physical stability while allowing the formulated reagents to be produced to <2 µl.

“We are pleased to announce the launch of LyoDots,” commented Mark Nowakowski, Chief Technology Officer of Argonaut. “LyoDots are our next innovation in lyophilization. Not only can assay developers reduce the amount of required sample and reagent by using smaller reactions, but instrument designers can also significantly shrink cartridges designs. This creates add-on benefits: Reducing the amount of fluid required by the cartridge also lowers the energy required to pump the fluid and decreases the amount of waste stored in the reservoir, while gaining the traditional benefits of lyophilized reagents, all leading to overall lower costs.”

“Point of care testing provides a way to bring accurate and sensitive testing out of centralized laboratories. A challenge we bioengineers work on is to eliminate the need for laboratory “support equipment” while maintaining test sensitivity and specificity,” stated Dr. Paul Yager, University of Washington, Department of Bioengineering. “The LyoDot technology simplifies the work of test developers, and also frees the test itself from cold-chain requirements. This can be particularly helpful in low-resource settings where laboratory infrastructure and staffing are constrained.”

LyoDots are based on proprietary Argonaut lyophilization technologies and were developed in cooperation with Empirical Bioscience (Fortis Life Sciences).

“Empirical Bioscience and Argonaut have a history of working together to solve customer pain-points,” said Des O’Farrell, President of Empirical Bioscience. “It was great to see Empirical reagents performance on LyoDots and demonstrates the robustness of our chemistries. We look forward to pushing the boundaries of lyophilization technology with Argonaut.”

“We recently announced the launch of BioFuse Sample Prep- a device that simplifies molecular assays,” continued Mark. “With the announcement on LyoDots, we continue that story. Argonaut develops not only innovative services but is also now enabling solutions to some of the most complex challenges in the diagnostic market. Helping solve this gives our partners the ability to gain new capabilities, expand markets, and reduce costs.”