Industry News: Air Products technology can be utilized to aid the storage of future COVID-19 vaccine 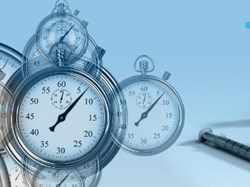 It is easy to say that no-one could have predicted the impact that COVID-19 would have on the world. However, it was only in October 2019 that the US federal government produced a tabletop simulation that forecasts the spread of an influenza pandemic, originating in China. The codenamed `Crimson Contagion' predicted cases of 110 million, 7.7 million hospitalizations and 586,000 deaths in the USA alone. Even with this eerily accurate prediction we still appear to have been ill-prepared for COVID-19, and so it has given mankind one of its greatest challenges in living memory.

Hope isn't lost though, humanity has faced numerous pandemics before and survived, whenever the world has had to face these challenges, any scientific approach to combating the disease was still in its infancy.

When the black death raged through the world in the 14th century, it is thought to have killed up to 200 million people, while the discovery of vaccines was still some four hundred years away if you credit Edward Jenner as the inventor in 1796.

We have a greater understanding today, than even 20 years ago, of the Spanish flu that stuck in 1918 and took an estimated 50 to 100 million lives. So, we face the latest pandemic better prepared than we have been at any other point in history. Over centuries scientists have refined and developed Jenner's originally crude, but effective, method for producing immunity for smallpox, creating vaccines and medicines which were unthinkable even a hundred years ago.

What happens when we do have a vaccine?

Despite the challenges that will have to be overcome, optimism is high that a viable vaccine for COVID-19 will be found, but what happens then? Almost as great a challenge will be manufacturing that vaccine to the required volumes, storing it and distributing it worldwide.

Storage of vaccines depends on the delivery method that they use, those that use a viral vector (adenovirus) to carry a “protein subunit” are typically stored and shipped at 2-8°C but a greater challenge comes from those which are based on messenger-RNA (mRNA) technology, which need sub-zero storage and shipping, possibly as low as -70°C3. In the race to find a vaccine, the current frontrunners are split in their delivery method, with at least three of the five furthest along using mRNA technology.

To achieve the temperatures necessary to store mRNA based vaccines you would need an ultra-low temperature (ULT) freezer which is capable of temperatures as low as -120°C. ULT freezers which are cooled by electrically powered compressors, typically consume high levels of energy, and can also be vulnerable to mechanical failure. Nitrogen vapor ULT freezers are also now available such as the MVE Variō ULT variable temperature freezer, an innovative and energy-efficient nitrogen vapor freezer so it's fair to say that along with conventional liquid nitrogen freezers there are many storage options available to scientists who will be working on a vaccine.

The more challenging test will be finding a way to ship large volumes of vaccines whilst maintaining these low temperatures. And while it may be possible to ship electrically powered freezers it presents a plethora of obstacles.

Liquid nitrogen cooled cryogenic shippers are nothing new, and are easily up to the task of maintaining the required temperatures during shipping, however they are normally only used for low volumes, typically holding up to 1,000 vials

In a recent BBC article4, the International Air Transport Association (IATA) was quoted as saying, the equivalent of 8,000 Boeing 747's would be required to ship the necessary volume of vaccines. While it is true that conventional cryogenic shippers don't have a very efficient footprint, there is another unique solution. The MVE 1536PD dry shipper offers a hold time of up to 20 days and capacity for up to 36,400 vials in a single vessel.