Learn about why patients are admitted to an ICU, the physiological support, monitoring, and treatments available and the impact COVID-19 globally 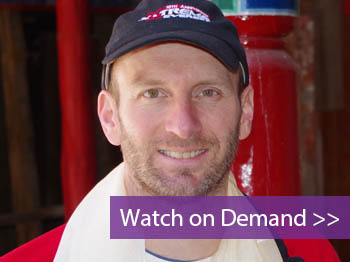 In this on-demand webinar, Dr. Daniel Martin outlines why patients are admitted to an intensive care unit and what is available in terms of physiological support, monitoring, and treatments. Martin uses national data from the UK to highlight clinical outcomes in those patients admitted to an intensive care unit, illustrating the key messages with case studies. Martin focuses on oxygen delivery and utilization in critically ill patients and discuss ongoing research into this area, including his own experiences treating patients during the COVID-19 pandemic and explain how this disease compares to the type of diseases usually seen in the ICU.

Read on for highlights from the live Q&A session or register to watch the webinar at any time that suits you.

Q: Why have no effective treatments been found for patients admitted to intensive care units?

We're often trying to treat syndromes such as sepsis or acute respiratory distress syndrome and when we try to do that with a single drug, some people get better, some people get worse, and some people sort of largely stay the same.

Unfortunately, in the trials, that sort of some better, some worse, some the same equates to overall no balance of benefit or harm in many of the studies that have occurred over the past 10 or 15 years or so. It remains to be seen whether we will ever find a sort of magic bullet for many of the problems that we deal with on intensive care, just simply because of the huge variety of pathology that we're dealing with.

Q: The mortality rates of septic shock was around 40% to 50%. With sepsis protocols in place, why have we not seen a more positive impact in terms of the reduction of the mortality rate?

DM: The data around the world is that mortality from sepsis per se has been reduced by the introduction of these bundles. So, if you remember, sepsis is the sort of stage before septic shock if you like.

If you can get in there early, like the case we just discussed comes into the emergency department, get in early, treat them with fluids and antibiotics, and it stops them going into septic shock, I think that's the real key area.

The patients that we see on intensive care have unfortunately already moved through to the next phase of the illness, where they require vasopressors or ionotropic support for their blood pressure because they're already going into organ failure.

Once that happens, and they've sort of tipped over into organ failure, we almost see this sort of spiraling downwards of their entire physiology. At that point, things are often irretrievable. Early intervention probably has reduced mortality from sepsis, but in septic shock and established organ failure on intensive care, we remain beaten at the moment and unable to reduce the mortality rate as it stands.

Q: Do you think we're harming patients by giving too much oxygen in intensive care?

DM: There have been a number of studies looking at this now. There is certainly a biologically plausible argument that giving excessive amounts of oxygen, so over concentrations around 60% or 70% or so, could cause the release of reactive oxygen species in the lung tissue. The lung is particularly susceptible to damage from these harmful reactive oxygen species.

Even more so, when your lungs are already damaged, say with pneumonia, there's definitely a biological reason that we may be causing harm, and there's certainly some evidence in the literature that that's occurring. There are a number of studies going on around the world now, including one soon to start in the U.K., where we'll be looking at trying to give less rather than more oxygen to patients in intensive care, to see if we can improve their survival.

We're sort of actively trying to answer that question as we speak, if you like. Maybe in a couple of years, I'll be able to tell you the answer to that one.

Q: Is there a genetic component to a patient's ability to withstand hypoxemia?

DM: Almost certainly is the answer to that, but probably not from one single gene. As I sort of alluded to, a lot of my work has been at high altitude where we also look at responses to low levels of oxygen. It’s been demonstrated that a number of genes are associated with a better performance and less likelihood to develop one of the altitude-related illnesses with certain genotypes.

Certainly, in intensive care patients, that has been shown to be the case as well, particularly with what's called the ACE gene polymorphism in the gene that codes for angiotensin-converting enzyme. I think what will happen as time goes on, is we'll find more and more of these genes, which will help us to put together a more comprehensive view of a patient on intensive care. If we are able to look at various genotypes they have, we might be able to better predict who will respond to various treatments in relation to oxygen. A genetic component, but not one that we fully understand at the moment.

Q: Do you think we'll find a treatment for COVID-19 for those admitted to an intensive care unit?

DM: I don't think so, but I would very much like there to be one. Simply for the same reasons that we sort of discussed in the first question, which is just the heterogeneity of patients that we see.

Perhaps the one hope here is that at least these patients all have the same trigger to this illness, which is the virus that causes COVID-19. We've seen, there's been much publicity recently around the success of what has been shown in trials using dexamethasone, which is a steroid — it's shown an improvement benefit giving it to patients who are admitted to hospital requiring oxygen.

Like many diseases, it may involve a more nuanced approach to looking at patients and it might be that we're able to identify different phenotypes of patients within a disease, so certain characteristics that patients have that might lend themselves to particular treatments. You might end up with a sort of pathway of treatments, different medications for people with different physiological measurements and blood results, for example, all of whom have originally come in with COVID-19.

But I doubt there'll be a single panacea that dramatically reduces mortality from this disease, for those who are unfortunate enough to make it to intensive care for treatment.

Q: Is there fluid accumulation in the lungs of individuals that are affected with COVID-19?

DM: Almost certainly. This fluid accumulation is called pulmonary edema and certainly, at the beginning of the pandemic in Western Europe, we were very concerned about this buildup of fluid that may occur in the lungs and so, treated patients in such a way where we gave them less fluid initially, which has a sort of detrimental effect of causing harm to their kidney function.

It's very difficult to balance fluid in intensive care patients. But for sure, part of the disease process is an accumulation of fluid in the form of pulmonary edema, which requires very careful fluid management in these patients.

Q: Have cytokines been looked at as an influence or a cause to the problems to the patients that you've discussed?

DM: They have, and cytokines are the inflammatory molecules that are released whenever there's any inflammation going on in the body. They are of great interest to us in intensive care anyway, so many of the problems that we see on intensive care, such as during sepsis and acute respiratory distress syndrome, are due to what's being described as a sort of cytokine storm occurring. The body's response to infection or other stimuli is the cytokines being released and actually those causing the harm.

As many of you will have probably seen, a number of drugs were tried during the COVID-19 pandemic to deal with these specific inhibitors of cytokines, some with great effects actually, and we used a couple of them on our ICU for patients who had this sort of cytokine storm type picture or hyperinflammatory response.

I think trials are still ongoing with these drugs, certainly in the U.K., so they may form a part of this sort of multi-modal approach that we have for any future waves of COVID using a sort of an anti-cytokine element to that. It's definitely a very important part of this whole process.