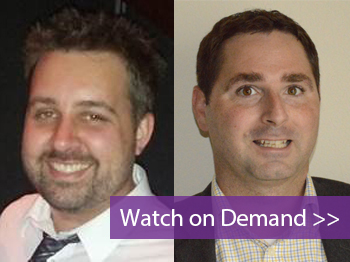 StreamSelect technology lets you multiplex up to four liquid chromatography systems with a single mass spectrometer, maximizing utilization of the detector.

In this SelectScience on-demand webinar, Kevin McCann and Ryan Rademacher present the StreamSelect LC/MS system as a fail-safe instrument that ensures your workflow will continue uninterrupted, even if one liquid chromatography instrument goes down.

Q: Is the software compatible with other vendors' mass spectrometers?

KM: The StreamSelect system is a complete Agilent solution and is only compatible with Agilent mass spectrometers, specifically triple quads, and Agilent LC components. The reason for this is tight integration between all modules in the system ensures that not only are samples reported correctly, but the system is being used efficiently. Rather than relying on something like contact closure and hoping that the timing of events works out, the system is in constant communication with all modules. This ensures that if the mass spectrometer needs an extra couple of seconds to heat something up or get something ready, the LC doesn't start prematurely making the next injection. That kind of integration just wouldn't be possible with a mix of different vendor protocols and different types of communication going on.

Q: Does maintenance on the MS increase because of the many samples?

RR: The short answer is no, it doesn't generally increase the maintenance at all, but it is application-specific. I think the intuition that most people have is that if you're theoretically multiplying the throughput by four, you're going to gum up your mass spectrometer four times as often (or if it's a two-stream system, you'd double it). Generally, that's not the case. Obviously, this is very application-specific, because it would depend on what you're putting into the mass spec and how clean your chromatography is. Keep in mind that the things that dirty up your mass spec are usually the things that you're not really interested in. That's one of the benefits of the StreamSelect system - utilizing the mass spec much more efficiently. More importantly, you're also only targeting the things that you're interested in analyzing in your mass spec, so most of that other stuff would go to waste. In some sense, your mass spec is still seeing the same amount of flow, you're just getting more useful data out of it.

Q: Do you recommend running different methods on different streams?

KM: There are a lot of considerations when you make a decision like that. It is fully supported, and we do recommend using it if it fits your workflow and it fits the needs of your laboratory. You will need to ensure that the methods you're running are compatible with one another. For example, there is some shared tubing between the different LC streams as you're introducing your sample into the mass spectrometer. You'll have to make sure that your solvents between your LC streams are compatible. If they aren't miscible, you are going to run into pressure issues and things not working properly. The other thing you need to be aware of is the mass spec source parameters that are common between the methods, such as making sure that temperatures are compatible. Each stream is typically analyzed for somewhere in the range of one to two minutes per sample, but the switch from one stream to the next stream is less than a second, so there's not a lot of time for a source parameter to adjust. You can adjust flow rates and such, but temperatures are not going to equilibrate in time.

Q: Is StreamSelect compatible with regulated work, such as ISO or EPA methods? For example, does it share calibration for different streams?

RR: That is a very subjective question, depending on the geography that you're in. I can tell you that from Agilent’s side, StreamSelect is research-use only. We don't have it for any ISO 1345 or EPA requirements. The reason it’s subjective is, depending on the regions that you're in, you may or may not need to meet that requirement. The other thing I would point out is, generally, for a lot of the EPA methods, we don't actually have set defined methods for it. You can take any solution that you have, and you can apply it to StreamSelect under most circumstances. If it's compatible with a standard LC/MS system, you would be able to put it on StreamSelect as well. However, we don’t test or support that. As for using shared calibration, you can split those calibrators over the different streams. There is some empirical data that shows that there's really good linearity.

Q: If running with a shared stream and one sample has an error and the stream stops, will the instrument be able to repeat the injection on a different stream?

KM: The short answer to that question is yes. The longer version is that it's completely configurable by the user. When a situation like this occurs, you can give StreamSelect information about how much volume of the sample you have in your wells, which will allow you to tell StreamSelect how many times to attempt to re-inject a sample. If you aren't sample-limited and you have the ability to re-inject multiple times, then something like this would be very useful to you because it would ensure that you collect all your data.

Q: How is the timing for disparate LC methods handled? Can it handle disparate autosampler methods? How are these timing challenges handled during the setup of multiple batches?

RR: The timing for each one of these events is quite convenient because it's built into the software. Everything is based on the defined profile windows that you have for each one of your samples. You don't have to do as much of the settling or configuring as with some previous systems that had contact closure setup with settling times. This isn’t as critical an issue because that's all largely been software integrated. One of the great reasons why it works extremely well as a full solution is you don't really have to have that level of thought put into it.

How are the timing challenges handled during the setup of multiple batches? It runs through the individual batches that you have, as they're set up and they're queued up there. The only thing I would think that might be brought up is sometimes if you are going from one uniquely different batch to another, you can always put in some time for an equilibration that you could build into the batch queue, but I can't think of any other major issues.

For Research Use Only. Not for use in diagnostic procedures.