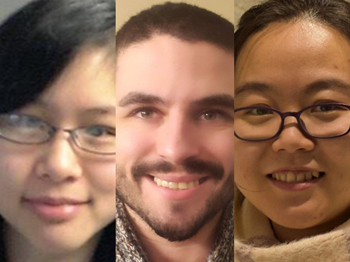 The development of biopharmaceutical drug products such as oligonucleotides, peptides, and glycans requires robust and sensitive analytical methods to ensure safe and effective products. Conventional liquid chromatography (LC) systems that employ metal columns and flow paths can interact with analytes through metal-ion-mediated adsorption and cause poor peak shape, tailing, and diminished recovery. Common strategies to suppress these interactions include hardware passivation or column conditioning, which may create different challenges and drawbacks for biopharmaceutical analysis.

In this on-demand SelectScience webinar, a team of scientists from Waters Corporation (Jennifer Nguyen, Jacob Kellett, and Dr. Xiaoxiao Liu) describes the benefits of the ACQUITY PREMIER Solution with MaxPeak High Performance Surface Technology in mitigating problematic metal interactions. Learn how improved recovery, peak shape, and reproducibility of sensitive analytes can be achieved without the need for system or column conditioning, while combination with a binary pump configuration enables highly reproducible gradients at low flow rates to be achieved with exceptional precision.

Read on for highlights of the live Q&A session or register to watch the webinar at a time that suits you.

Q: What is the difference between ACQUITY H-Class and ACQUITY Premier systems?

JK: The ACQUITY H-Class System uses either stainless steel parts for the standard system or MP35N parts for the H-Class Bio system. The MP35N parts are more bioinert, however it is still a cobalt-nickel alloy, which will have the same issues with metal-ion-mediated adsorption that the ACQUITY PREMIER system is able to address. The ACQUITY PREMIER system uses Waters’ novel High Performance Surface technology to prevent analyte-surface interactions, which includes the Lewis acid-base interaction between negatively-charged ‘acidic’ analytes and the positively-charged free metal-ions of the LC surfaces.

Q: How do the Premier columns compare to bioinert columns such as those made of titanium?

JK: Titanium columns have the same issues with Lewis acid-base interactions as other transition metal columns would, like iron, where they'll interact with free electrons in the analyte. We still see issues with non-specific binding taking place when using other bioinert columns that are based on a metal.

Q: Do these systems have any of the benefits for small molecule analysis

JN: Yes, these systems have benefits for small molecule analysis. If you have acidic small molecules or anything with a negative charge, it can be prone to absorbing onto the surfaces of your LC system. We have some examples concerning nucleotides and there's also been some papers released on metabolites and other compounds as well.

Q: What type of material has been used to make the hybrid surface?

JN: This surface is really composed of an ethylene-bridged siloxane polymer using a vapor deposition process. It's really similar to that of our BEH, our ethylene-bridged hybrid chromatographic particles.

Q: Do we see improvements in peak recovery, peak shape, and anything else?

JN: We really do see great improvements in reproducibility, especially when we're looking at bioanalytical applications. Some of the more interesting items we've been seeing so far is reductions. We have reductions in iron adducts that could be coming from the metal of your columns. We've also seen, because we have this hybrid surface technology, reductions in any on-column oxidation that might occur as a result of the metal of the column itself.

Q: What is the difference between this system and the older H-Class Bio? How would the H-Class Bio have performed against this system?

JK: The H-Class Bio system is built around the use of the bioinert "metal," namely MP35N - this is a nickel-cobalt alloy and it exhibits the same issues as other bioinert metals for their still free electrons are available to interact with analytes. We would still get non-specific binding interactions on an H-Class Bio system if we were dealing with, particularly, acidic peptides that could interact with those free electrons.

XL: When we do glycan analysis using a new H-Class Bio system, there's almost no recovery for all those problematic glycans. If we're using the Premier system, since all the metallic surfaces have been covered, we get a pretty good recovery.

Q: Do the Premier columns only work for acidic analytes? And what about tailing basic analytes?

JK: We've seen that the best recovery is experienced by these acidic analytes and that basic peptides, even those that show tailing, don't necessarily see improvements in their performance using the ACQUITY PREMIER system. That's because the interaction from the basic peptides that are causing the tailing aren't necessarily addressed by this blocking of the non-specific binding interactions.

Q: What is actually happening chemically during the conditioning of the column?

JK: When conditioning a column by running an amount of sample through the system, the idea is that any unblocked interaction sites present in the column will be blocked by the analyte the surface interacts with. This is seen as a steady rise in apparent analyte recovery and the stabilization of peak retention times and can take as many as 15 pre-analysis injections to achieve a stable response.