Dr. David Baker, Mimi Roy, Promega and Thermo Fisher Scientific among those recognized in Washington, D.C., for their parts in advancing the drug discovery and development

Scientists from around the world have named their favorite new drug discovery and development lab product of 2018 in this year’s Scientists Choice Awards.

Nominating and voting in their thousands, they picked the Thermo Scientific™ Q Exactive™ UHMR Hybrid Quadrupole-Orbitrap™ Mass Spectrometer from a shortlist of eight finalists.

The victorious instrument was revealed alongside a host of other award winners during a Scientists’ Choice Awards Party hosted by SelectScience® last night during the SLAS2019 international conference and exhibition in Washington, D.C, USA.

At the glitzy showcase event held at the Walter E Washington Convention Center, industry leaders and scientists gathered to hear about the innovations and technologies making waves in the field and helping to accelerate scientific progress.

Presenting the awards, SelectScience Editor-in-Chief Kerry Parker said: "These awards are truly unique within the science industry — the only awards where scientists themselves decide who should win."

Read on to find out all the winners of these coveted awards and highlights from this exciting event, where three new Seals of Quality were also presented to lab products that consistently receive excellent review ratings from scientists.

Best New Drug Discovery & Development Product of 2018 goes to the Thermo Scientific™ Q Exactive™ UHMR Hybrid Quadrupole-Orbitrap™ Mass Spectrometer, by Thermo Fisher Scientific, as nominated and voted for by scientists across the globe. It’s the second year running that the company has scooped coveted prize with cutting-edge mass spectrometry technology. 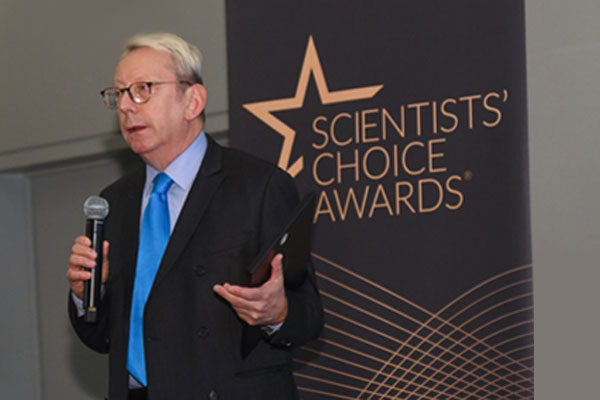 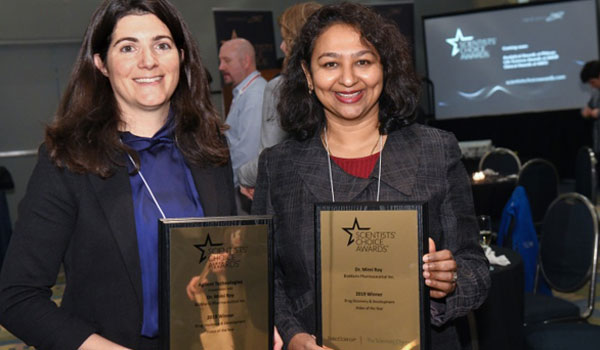 An interview for The Scientists’ Channel with Mimi Roy, Senior Director of Analytical Chemistry, BioMarin Pharmaceutical Inc., has been crowned Best Drug Discovery Video Interview after being proving a massive hit with viewers.  Watch the video to hear her insights into the impact of mass spectrometry on medical research, right from drug discovery to compound characterization, through drug manufacturing. 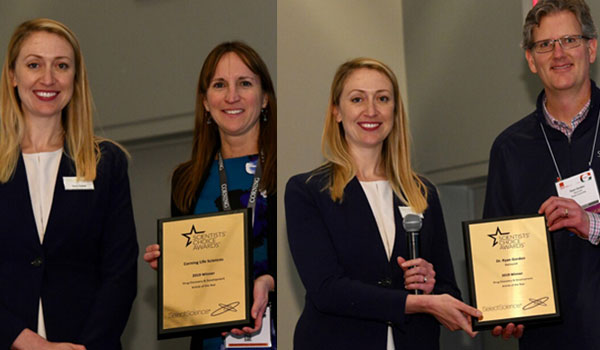 The Scientists' Choice Award for Best Drug Discovery & Development Article goes to 3D Human Spheroids as a Predictive Model in Drug Discovery. It features an exclusive interview with Dr. Ryan Gordon, VP of Business Development and Commercialization at StemoniX, and explores the potential of human spheroids in predictive assays. The article has trended widely on social media, attracting an audience of well over 4,000 and its compelling content has enthralled readers – resulting in them staying on the page for around six times longer than average.

The Reviewers' Choice Award for Drug Discovery & Development Product of the Year, which is based on reviews published on the SelectScience website, goes to Promega Corp.’s NanoBRET™ TE Intracellular Kinase Assay.

Easy to use, high quality and reproducible results. Highly recommended to others! 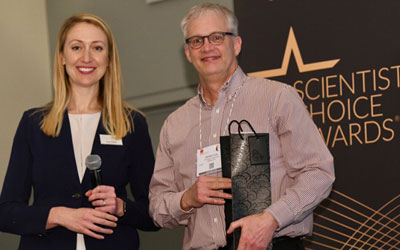 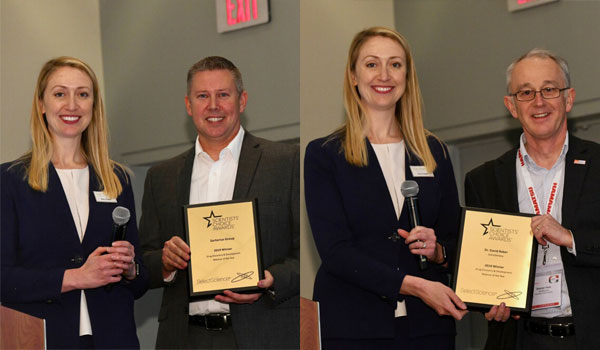 The Scientists’ Choice Awards Best Drug Discovery & Development Email of 2018 goes to NanoTemper Technologies’ email featuring a guide on how to measure binding affinity and why it’s important. You can see the award-winning email here. 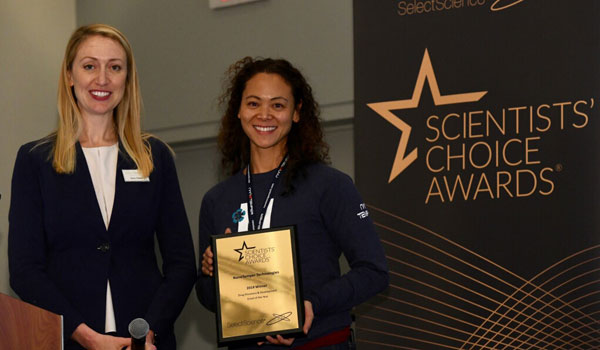 PLUS: Seals of Quality Awarded to Products Scientists Love the Most

As well as the Scientists' Choice Awards, the party also saw Seal of Quality trophies presented to manufacturers of the latest laboratory products to win a prized SelectScience Seal of Quality - including the first consumable to win a Platinum Seal of Quality.  Find out which three lab products have become the latest to join this elite group here.