Editorial Article: Unraveling the Complexities of the Immune Response in the Fight Against Cancer

As we approach the third decade of the 21st century, we are gaining ground in the battle against cancer. More than 20 antibody-based drugs for cancer are now approved for clinical use, such as Herceptin, and novel antibodies that target the tumor cell-immune cell ‘axis’ are in development. The principles of cancer immunotherapy have been proved through novel checkpoint inhibitor drugs such as ipilimumab and nivolumab, but the complex interplay between our immune system and cancer cells still leaves many questions unanswered. The central character in that interplay is the T cell, the heartbeat of our adaptive immune response. Understanding T cell biology and profiling new drugs or gene-based approaches that impact upon T cell activation pathways are critical for a broad spectrum of applications including drug discovery, adoptive cell therapy and enhanced understanding of autoimmune diseases. This work has typically relied upon time-consuming separate assays to tease out a multitude of parameters ranging from T cell phenotype and activation markers to cell viability and cytokine secretion. But all that is changing, as new technology platforms which offer all-in-one simultaneous assays begin to emerge.

Separate assays for the range of T cell parameters required are not only time-consuming, but also create problems in the correlation of data outputs through being derived from different aliquots of the original sample. Routine, multiplexed assays that yield data from the same cells at the same time-point provide a much more biologically relevant single data output, and two new items of lab equipment look set to deliver this capability and speed the pace of immuno-oncology research. Used in conjunction with one another, the IncuCyte® S3 Live-Cell Analysis System and the Intellicyt® iQue® Screener PLUS flow-based high throughput, suspension cell and bead analysis platform provide a versatile cell analysis solution which enables non-invasive, live-cell monitoring and measurement, and eliminates a wide range of potential assay artifacts.

Immuno-oncology research requires the routine measurement of the basic function of tumor and immune cells both together and in isolation over time. Co-culture assays, in particular, are needed to study how cancer cells are killed and cleared from the body. The IncuCyte S3 uses time-lapse, phase-contrast microscopy and live-cell imaging to directly visualize and quantify a range of aspects of T cell-cancer cell behavior in real time. Cells do not have to be removed from their incubator. Time-lapse video enables researchers to observe changes in the morphology, movement and spatial orientation of cancer and immune cells over days and weeks. In recent research, the IncuCyte has been used to compare the tumor cell-killing capacity of the approved drug Herceptin with that of potential new biosimilar monoclonal antibodies, since regulatory approval for such new biosimilar drugs requires stringent proof of efficacy. For three biosimilar candidates, the IncuCyte S3 demonstrated similar tumor cell-killing (IC50) values and the video coverage of the assay verified both the attack of tumor cells and the morphological indicators of cancer cell death. 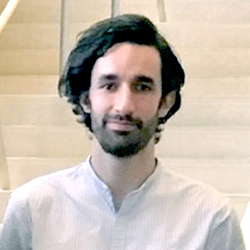 “Using the iQue Screener PLUS for multiplexing cells and beads together allows you to get a whole picture of T cell activation in one shot.”
David Baker, Senior Research Scientist, AstraZeneca, speaking in a SelectScience webinar

The IncuCyte is favored by several pharmaceutical companies, including biopharma giant AstraZeneca, whose senior research scientist, Dr. David Baker notes in a recent SelectScience webinar: “The IncuCyte is ideal for monitoring cell growth over time and after experimental treatment. We use it to look at phagocytosis and cell killing, but it allows you to do almost anything you can think of with a live-cell imaging assay.”

In a product review posted on SelectScience, Jingya Zhang, from the biopharmaceutical company Kadmon, is similarly effusive about the IncuCyte: “IncuCyte makes cell-based assays so much easier. It is like two technicians working 24/7 to take pictures and analyze the data instantly at any time-point you prefer.”

In fact, such is its popularity with scientists, that in 2018 the IncuCyte became one of the very first lab instruments to be awarded a Silver Seal of Quality, reflecting the large number of positive reviews it had received.

The Intellicyt iQue Screener PLUS is just as much of an asset to any immuno-oncology laboratory. Requiring only 5-10μL of sample – around one-tenth of that needed for conventional assays – it can return data from a 96-well plate run in 15 minutes. In recent research on T cell activation, the iQue Screener PLUS has been used to test the efficacy of different T cell activators (such as receptor proteins or bacterial antigen) and will auto-generate all cell and bead gates, cell metrics, time curves for tumor-killing or engulfing (IC50 and EC50 values) and quantify secreted cytokine levels.

It is widely used by AstraZeneca, whose senior research scientist Dr. Baker observes during the same webinar: “It’s a lot smaller than your conventional flow cytometer and it’s also much more user-friendly. The filter sets and voltages can’t be changed, which for us allows consistency of use across our business.”

Baker also explains that AstraZeneca uses two iQue Screeners in an innovative set-up: “We have a super-high-throughput set-up which we have used for quite a few assays at AZ at several different points of the drug discovery pipeline. We use it for testing as many as 500,000 compounds down to a more bespoke 300.”

Hannah Fields, from the company PersImmune Inc., also testifies to the value of the iQue Screener PLUS in a review posted on SelectScience: “It has become an invaluable part of our workflows by allowing us to quickly test many parameters – cytokine release, phenotype, functional killing etc. – and compare the results of many samples with ease.”

High-content cell analysis platforms such as these enable researchers to scrutinize and quantify the complex interactions between immune cells and cancer cells that are not generally possible with other methodologies. Their wider use is predicted in reliably analyzing the activation of potential future novel immunotherapies.

Find out more about how the IncuCyte S3 Live-cell Analysis System and Intellicyt iQue Screener PLUS could help you.