From assay inception to dose response and medicinal chemistry, discover the cutting-edge technology used to identify small molecules with clinical potential, in this SelectScience interview 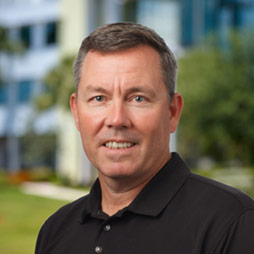 As Senior Scientific Directors in the Department of Molecular Medicine and leaders of high-throughput screening, discovery biology and chemistry at Scripps Research, Florida, U.S.A, Dr. Timothy Spicer and his colleague Dr. Louis Scampavia focus on utilizing high-throughput screening (HTS) technologies to unlock a virtually unlimited breadth of biology. It’s one of the many fundamental biomedical advancements being made at Scripps Research.

Spicer tells us: “What this entails is looking at any target of unmet therapeutic need and then trying to ascertain small molecule effects on those targets.”

This is done through testing the diversity of chemistry in the Scripps drug discovery library, which is substantial – around 665,000 molecules. Working with internal faculty, collaborators in the pharma and biotech industries, as well as the NIH (National Institute of Health), the team at Scripps Research takes the process from assay inception all the way through to completion and dose response, and even medicinal chemistry.

Spicer has a history of accelerating science, being one of the scientists helping to connect engineering with biology and deliver the world's first ultra-high-throughput screening system (uHTS). Spicer explains more about the multi-million-dollar collaboration between Bristol-Myers Squibb and Aurora Biosciences: “We targeted miniaturization, trying to make things go bigger, faster, better, cheaper.” Spicer continues: “We developed a 1536 and 3456-well capable system, so solutions to handle ultra-miniaturized formats were needed, as well as highly engineered systems for bulk reagent dispensing, compound dispensing and disbursement, and reader technologies”.

But in order to make the project a success, the right technology was needed. “At that point in time, it became obvious to me that we needed to engage other partners in developing plates for those systems. And that's where I got introduced to Corning,” Spicer explains. Working closely alongside the Scripps team, Corning was able to develop source plates that were amenable to automation in 1536-well formats – Corning 1536-well spheroid microplates.

Key to this research is the more physiologically relevant scenarios presented using 3D cell formats, and while these cell culture models were able to mimic in vivo environments better than traditional 2D monolayers, their use was limited to low- or medium-throughout assays. With the birth of uHTS, a much higher-throughput option was created and represented a way to interrogate much larger libraries than ever before.

But implementing uHTS was not without its challenges and required the development of multiple advanced technologies. Corning was one of the companies that came forward, creating specialized plastic surfaces with low-attachment qualities. Using gravimetric approaches, Corning’s ultra-low attachment surface or cell-repellent surface allow for the direct conjugation of cells, whether they're lab adapted cell lines or cell lines that are directly taken from patients as tumors and kept as organoids.

I wouldn't say that anybody's walking away from 2D formats just yet, but it's become obvious that we can use much more physiologically relevant scenarios in HTS and uHTS.

“As part of an NIH NCI IMAT award, we did a 2D to 3D comparison and spent a lot of time and energy around making sure that we had the nuts and bolts tied down in terms of using pancreas cancers and organoids, looking at both the cancer and their cancer-associated wild-type fibroblasts from autologous patients,” explains Spicer. “Ultimately the results are pretty convincing. You get different answers when you're screening in 2D versus 3D using the same exact cell types, and some of those hits are actually already in clinical trials.”

While efforts are well established in pancreatic cancer models, the team at Scripps Research continues to expand into other disease models, including colon, lung and brain cancer.

“We're spending equally as much time using high-grade glioma tumors and, working very closely with a local hospital research group, trying to get tumors directly from brain cancer patients.” In this process, a portion of the tumor goes to the team at Scripps Research, a portion goes to a pathologist, and a portion goes off to company providing whole-exome sequencing and biomarker data on those same patient samples.

Patient tumor samples are cultured into 3D models immediately after arriving from physicians and tested against drugs in a matter of a few weeks. These results are combined with exome data and biomarker data from other collaborators, including RNA-Seq data and expression profiles, to create a drug gene network profile that helps to guide the selection of drug pathways and drug combinations that would work most efficaciously for the patient.

“The results are kind of amazing, where you'll see that the individual drugs used alone have little potency, but then when you use them in combinations at the same concentrations that they were tested singularly, it demonstrates complete inhibition of the cancers in vitro,” Spicer tells us. “In some cases, it appears that we're doing a better job of knocking out the cancers and leaving some of the wild type cells alone, which is perceived to be critical for patients.”

Spicer concludes: “It just comes down to keeping your eyes wide open and not leaving a stone unturned, because those are the things that keep us interested.”