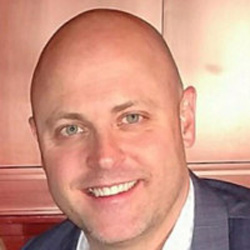 Alzheimer’s disease is an unrelenting neurodegenerative disorder for which no cure exists. Since 1988, the field has known about the role of β amyloid and its precursor protein in Alzheimer’s pathophysiology, yet several hundred attempts at inhibiting its deposition in neurones have so far resulted in little success in the clinic. In a compelling interview with Dr. C.J. Barnum, Director of Neuroscience and Translational Research at INmune Bio, SelectScience finds out about the company’s alternative, non-amyloid approach to ameliorating the effects of the disease.

“INmune Bio is an immunology company, focused on treating immune dysregulation as a cause of disease. We approach Alzheimer’s disease (AD) as an inflammatory disease, whereas others approach it as a neurology disease. The neurological approach posits that the disease begins with some dysfunction of the neuron and that the inflammatory response observed is a result of the diseased neuron. We’re saying that there is no acute inflammation in AD patients, and that they have been chronically inflamed for decades. In fact, neuroinflammation has been mechanistically linked to every aspect of AD pathology and begins in the 3rd or 4th decade of life, prior to when we believe the disease process starts,” explains Barnum.

Barnum, who has been working in neuro-immunology since beginning his Ph.D, considers the degradation of neurones to be a direct consequence of dysregulation of microglia, the immune cells of the brain, rather than the formation of amyloid or tau neurofibrillary tangles.

“I like to think of the relationship between microglia and neurones as a parent-child relationship, where microglia are the parents, and the neurones the infants. When the parents become dysregulated, two things happen: First they begin to neglect the very cells they’re meant to look after. Second, they produce toxic inflammatory factors that actively damage and kill neurons. Much like we know of complex immunological changes in cancer that promote disease states, the same is true in neurodegeneration,” says Barnum.

INmune Bio’s novel compound, therefore, targets inflammatory changes that occur in the brain:  specifically, tumor necrosis factor (TNF). TNF is a known mediator of immune response, shown to influence neurotoxicity both in the brain and the periphery. However, previous attempts to inhibit its activity — in the context of neurodegeneration — have been largely unsuccessful.

Barnum explains why: “There are two predominant roles of TNF in the human nervous system. One being neuroprotective, and the other, neurotoxic – driving inflammation and cell death. Many proteins possess these dual functions in the body, and this is nicely exemplified for TNF in rheumatoid arthritis (RA). Patients with chronic inflammatory RA are approximately eight times more likely to develop Alzheimer’s. If they are on a TNF inhibitor, that increased risk is eliminated. On the other hand, they more likely to develop multiple sclerosis on anti-TNF therapy. These results are not surprising given that one neuroprotective effect of TNF is to stimulate myelination.

“The difference between our drug, XPro1595, and others on the market, is the way we target TNF,” Barnum adds.

Elaborating further, he says: “XPro1595 selectively neutralizes the toxic species of TNF to inhibit microglial activation. This is in contrast to the inhibitors currently available, which block all TNF activity - the good and the bad.”

Barnum goes on to clarify how, and why, this tactic has proven so successful in pre-clinical trials: “There is no effect on the TNF neurotransmitter that drives neuroprotection nor are there any effects on the TNF receptors.  After the excess TNF is sequestered, we see that the cells then normalize themselves and disease process is halted. The microglia go from destroying neuronal connections and creating plaques, to re-establishing lost connections and removing plaques.

What’s more, the often-devastating psychiatric symptoms of Alzheimer’s — including depression and anxiety, amongst others — are exquisitely sensitive to neuroinflammation. Our novel drug is expected to ameliorate those symptoms in patients at the same time, therefore.”

Despite encouraging results in the pre-clinical stage, it’s well known that attrition rates in clinical trials are high. This is, in part, due to a lack of effective biomarkers to identify those most likely to respond, and to measure drug efficacy in patients. Fortunately, there are many biomarkers for inflammation. This is not the case with most drug targets for Alzheimer’s.

“Not only do we have multiple biomarkers, we’re pretty excited about the technology we will implement to measure them. We’ll be using a combination of traditional dementia scales, inflammatory biomarkers in the blood and cerebral spinal fluid, as well as an experimental mass spectrometry-based breath test for VOCs (volatile organic compounds). We’re hoping to, as part of the trials, develop a validated breath test panel for future testing in Alzheimer’s patients.”

Recently, INmune Bio was awarded with a $1million dollar ‘Part the Cloud to RESCUE’ grant from the Alzheimer’s Association, to translate the promising pre-clinical findings into patients. Clinical trials are set to commence this month.