Editorial Article: Scripps expert shares why NMR is the technique of choice for studying protein dynamics

Prof. Peter Wright explains why ultra-high field NMR is becoming ever more crucial to the study of disordered proteins 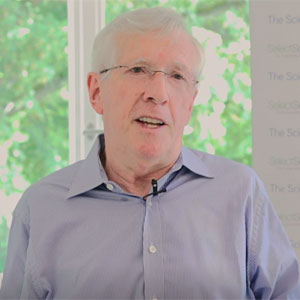 In this exclusive interview with The Scientists’ Channel, Prof. Peter Wright from the Department of Integrative Structural and Computational Biology at The Scripps Research Institute, discusses his work looking at how protein dynamics relates to protein function and dysfunction in disease. Wright explains the benefits of using nuclear magnetic resonance (NMR) and how this technique addresses some of the challenges in protein dynamics research.

Q:  What is the current area of research for the Wright Lab?

Q: How does the study of disordered proteins contribute to our understanding of human health and disease states?

Disordered proteins are also thought to be involved with disease. For diseases that are associated with protein disordering, the amount of disordering is central to understanding the disease.

Q: Why should NMR spectroscopy be used other over, more conventional structural methods such as crystallography and cryo-EM when studying IDPs?

PW: It's impossible to study disordered proteins by crystallography or cryo-EM because IDPs are so dynamic compared to other proteins. Proteins can exist in different states: free, bound to a target, or even sometimes partially bound. In order to understand the protein’s dynamics fully, one needs to understand the conformational ensembles IDPs adopt in all these different states.

Disordered proteins make up about 30-50% of the human proteome

Q: How can NMR methods be used in IDP research?

PW: Through NMR relaxation methods, one can get information on the dynamics of these proteins, their states, and how they interact in these states. The binding kinetics of a disordered protein to its target, the mechanism of binding, and the structure of the complex can be studied at atomic resolution. There's a characteristic signature of a disordered protein in the NMR spectrum, in the proton-nitrogen, also known as the HSQC spectrum, where there's very little dispersion in the proton dimension. This can be used as a rapid diagnostic tool to determine if the protein being studied is a globular protein or disordered protein.

Q: What do you see for the future of protein dynamic research?

PW: The future challenge will be to understand the nature of disordered proteins. Many of the large eukaryotic proteins in a cell have both globular and disordered regions, which are extremely challenging to characterize by any techniques, but NMR offers the most promise.

By using segmental labeling technologies, one can label globular, disordered regions separately, and then apply ultra-high field NMR to dissect these samples, its complex spectra, and understand their interactions, dynamics, and synergy between the disordered and the ordered regions. All of these studies will require ultra-high field NMR - the higher the field, the better - and the introduction of new, more sensitive technologies, such as direct 15N detection, are going to revolutionize the study of IDPs.

Learn more about the Bruker BioSpin NMR systems. If you’re interested in receiving news about the latest lab technologies direct to your inbox, join SelectScience for free today.