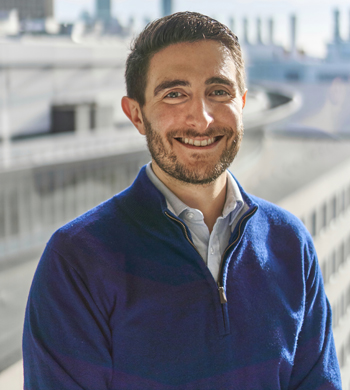 Non-alcohol related fatty liver disease (NAFLD) presents a global health crisis estimated to affect billions of people worldwide, including an estimated 100 million in the US alone1. In this exclusive interview, we speak with Dr. Erik Tillman, Principal Scientist at Akero Therapeutics, to find out more about Akero’s pioneering work developing treatments for non-alcoholic steatohepatitis (NASH), a severe form of NAFLD that increases the risk for cardiovascular and liver-related morbidity and mortality. Tillman explains how he and his teammates are developing a multi-modal drug that may help treat the drivers of NASH and reverse liver scarring.  Tillman explains how his close collaboration with Svar Life Science has supported his project goals by delivering robust, reproducible, and convenient ready-to-use cells to accelerate his research, and outlines his guiding aim of delivering this potential new therapy to patients.

NAFLD is caused by excessive fat within hepatocytes, which drives the liver injury and inflammation that characterize NASH. As NASH progresses, liver fibrosis may worsen to the point of cirrhosis, liver failure, liver cancer, and mortality. To tackle this serious condition, the team at Akero Therapeutics is developing a novel fibroblast growth factor 21 (FGF21) analog called efruxifermin (EFX). FGF21 is an endocrine hormone secreted by the liver that functions to integrate important metabolic pathways, such as regulating macronutrient intake and coordinating energy and lipid metabolism via signaling through FGF21’s receptors, present on the surface of cells in a range of different tissues, including adipose tissue, liver, the pancreas, and skeletal muscle. Acting across these tissues, EFX may be able to resolve NASH and reduce the extent of fibrosis present.

As Akero has already reported clinically significant findings in early proof-of-concept trials, Tillman is upbeat on the prospects of success: “Our promising early data have been critical to building our own confidence in the program and generating excitement in the field about being able to treat patients diagnosed with NASH, for whom there are currently no approved therapies,” he says.

Akero is rapidly moving EFX through clinical development, Tillman explains: “We're currently studying EFX in one phase 2b clinical trial in patients with NASH and moderate (stage F2 or F3) fibrosis, and plan to initiate an additional phase 2b trial in patients with NASH and compensated cirrhosis (fibrosis stage F4) later this year.” F0 to F4 are the progressive scores used to stage the extent of fibrosis present in the liver, for instance, F0 indicates no scarring (no fibrosis) and F4 signifies severe scarring (cirrhosis).

“One of my roles at Akero is to lead cross-functional projects and teams in preclinical R&D, which also includes developing our understanding of the physiology and the pharmacology of FGF21 as a relatively new mechanism being tested for the treatment of NASH,” Tillman explains. “We need to relate the effect of FGF21 receptor binding on the surface of the cell to processes inside the cell that tell us how well FGF21 or an FGF21 analog, like efruxifermin, may function to stimulate the types of improvements we hope to see in lipid and glucose metabolism, and in protective cellular responses.” To help understand these complex processes, Tillman and his colleagues use cell-based assays that provide a readout of how a cell responds to FGF21 or efruxifermin stimulation, rather than only looking at the interaction between the FGF21 protein and its receptors.

Cell-based assays have begun to play an increasingly key role in the work Tillman and his teammates perform daily. “Ligand-binding assays (LBAs) and (enzyme-linked immunosorbent assays) ELISAs are great at telling us about the interactions between different proteins, or the presence of different proteins or parts of a fusion protein like EFX,” says Tillman. “While the LBAs and ELISAs can tell us how tightly the whole macromolecule binds to its receptors, or whether the molecule is intact, they really don't relate those structural findings to the biological activity of the molecule. On the other hand, a cell-based assay can give us that insight into the biological activity of the whole molecule.”

No lab? No problem

Developing novel ways to treat NASH is a complex task, and Tillman and his team have faced many obstacles along the way. “One of the biggest challenges that we, as a virtual company face, is that we don't have our own lab space to perform experiments as we think of them,” Tillman explains. “Another hurdle we encounter is not being able to develop our own research tools internally, but we have been fortunate to forge relationships with trusted contract research organizations that have performed good work with us, and that we choose to go back to time and again.”

To help overcome some of these barriers, Akero teamed up with Svar Life Science. “We have a valued relationship with Svar,” says Tillman. “We started with this really robust cell-based assay that they had developed, characterized, and commercialized. They've subsequently worked with us on testing different aspects of the system so that we can both understand the robustness of their off-the-shelf cell-based assay, and also work together to develop new assays that we haven’t had the capacity to do in-house.” Tillman adds: “We have a lot of faith in Svar as a collaboration partner, because of their innovative work on the initial cell line and the ongoing work they are doing with us.”

Svar Life Science provides a service designed to deliver assay-ready cells from a cell bank, with low variability, high robustness and reproducibility, and the convenience of being ready-to-use. “The assay-ready cells have been much more robust and the results have been more reproducible than other cell-based assays that we had tried to use or develop in the past,” says Tillman. “Using the assay-ready cells from Svar, we understand how the cells have been made and characterized, and we are confident in how the cells are going to perform from one vial to the next, and from one lot to the next. Svar’s expertise in the engineering of the cell system and our results thus far have given us the confidence to broaden our use of the assay-ready cells.” The speedy supply is another factor, as Tillman explains: “We can go from making a request for cells to be expanded and delivered to us, to having those cells in hand within two to three months — excellent from both a timing perspective and for the hundreds of vials that can be generated in that short time.”

Developing and handling these cells can certainly be complex, so it is important for the team to understand how to effectively confirm their suitability. “When Svar produces the cells, they perform some initial characterization to ensure that the specifications of the cells are within their release criteria. When we receive the cells, to ensure consistency of performance characteristics across lots, we undertake additional testing, including comparing a new lot of assay-ready cells to previous lots,” Tillman continues. “This process gives the team more confidence in using the new cells across functions.” Equally important is the mode of transport to ensure this precious cargo arrives in the necessary condition. The Akero team ensures temperature control by its global freight handlers, with monitoring throughout transit, especially important considerations for the cells’ international journey.

Looking ahead, Tillman and the team at Akero are committed to further developing potential new treatments for patients suffering from serious metabolic diseases including NASH. “We believe the best way to do this is to develop therapies based on a strong biological rationale, and to have a motivated and innovative team working together to quickly make progress. Akero is a small but growing company where the preclinical, manufacturing, clinical, and regulatory teams all work very closely together,” says Tillman. “As a biologist that's part of this diverse team, I am really motivated to drive forward our understanding of how FGF21 and efruxifermin are delivering some of these really exciting results we've seen in patients with NASH in our phase 2a trial, recently published in Nature Medicine.”

Tillman adds: “My hope is that by helping to drive the science forward, I can support our manufacturing, analytical, and clinical teams in their efforts to bring this potential treatment to patients.” He aims to generate more excitement within the company, the field, and the patient community about the promise of efruxifermin as a potential treatment for NASH and other metabolic diseases. “Across Akero, frequent publications and presentations to share our data with the community is a core part of that ethos.”

Do you use Svar Life Science products in your lab? Write a review for your chance to win a $400 Amazon gift card>>