Learn how one U.S. analytical lab has struck a partnership with its technology provider to become an industry leader in drinking water analysis

Clean, safe drinking water is something that many of us perhaps take for granted, but behind the scenes, a great deal of meticulous work goes on to keep it that way. Among the threats to the purity of our drinking water is an ever-expanding group of complex synthetic organofluorine compounds called perfluoroalkyl and polyfluoroalkyl substances (PFAS). They are pervasive, thanks to their widespread use in food packaging, textiles and fire-fighting foams, and are also persistent in our environment. They may also present a risk to human health which is why measuring PFAS in drinking water has become an important business, watched over by regulatory authorities. 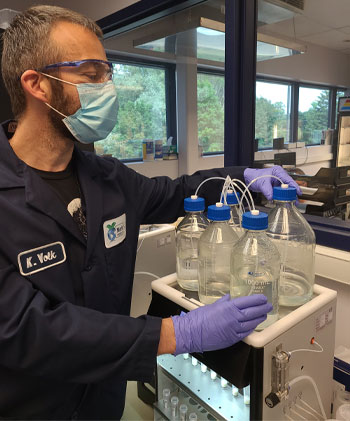 In view of this, one laboratory in the U.S. has developed a collaboration with its technology provider to develop bespoke extraction technology that is helping to perform and validate the standardized methods laid down by the US Environmental Protection Agency (EPA). Working out of Merit Laboratories in Michigan, Isaak Murshak is a chemical engineer and Vice President of the company who has driven its early adoption of automated solid phase extraction (SPE) for PFAS analysis. But key to that has been Canadian technology provider PromoChrom Technologies, with whom Merit has collaborated with since 2018 to develop and validate new extraction systems that have gone on to become popular market products.

PFAS are present in trace amounts over the world, thanks to their ubiquity in everyday products. When they showed up in municipal drinking water in Michigan state around five years ago, Merit Labs was well-placed as the only analytical testing laboratory in the state that was running PFAS analysis, as Murshak recalls: “Michigan had an initiative to go test all the municipal drinking waters in the state, which turned out to be a few thousand different water systems.”

Faced with the (then) tedious process of manual solid phase extraction for very low levels of PFAS, Murshak embarked upon a campaign to uncover automated options. That was when Merit Labs came across PromoChrom, a company specializing in automated SPE equipment for chemical and biological sample preparation. What caught his attention was its compact SPE-03 system that could extract eight samples in parallel.

Murshak alludes to the first meeting with PromoChrom two years ago. “When we came across PromoChrom, they didn’t have a system ready for PFAS extraction at that moment. We talked about them potentially developing one for us and they were just awesome to work with. What they did was to fully automate EPA Method 537 and create a consistent process for the SPE,” he says.

The collaboration did not stop there. One of the key reasons why there are not many automated options for PFAS extractions is that the same compounds Murshak is testing for are ubiquitous in laboratories (as Teflon in particular). “PFAS are very inert, so laboratories are flooded. Every line of tubing and a lot of bottles you hold things in are made out of these materials,” he points out, adding that going back to the drawing board to reinvent a whole instrument that contains none of these materials is not a trivial task.

But PromoChrom was up to the challenge, as Murshak recalls: “They said they could build it without any fluorinated compounds in there. They developed it, flew to the States from Vancouver, and sat with us for multiple weeks fine-tuning it until they got it to the point where it would run the samples. They were just a pleasure to work with.”

PromoChrom’s SPE-03 8-Channel system with the new modifications then became an effective workhorse for Merit Labs, taking over the drinking water extractions following EPA Methods 537 and 537.1. Later in 2019, Merit became one of three commercial laboratories selected by the EPA to validate its new PFAS drinking water methodology, EPA Method 533. Merit used PromoChrom’s system and Murshak recalls that it “worked beautifully.”

Benefits of the SPE-03 8-Channel System

We set it up, walk away, and then do other productive things

Murshak’s perspective on PromoChrom’s system is clear. “The key feature is it’s a set-it-and-forget-it approach, and you have a record of all the steps. You eliminate the variability created by human interactions and the automated system does it all exactly the same, time after time,” he says.

There is also a significant time saving as Murshak testifies: “It takes all of ten minutes to set up your batch on the PromoChrom. If you did it manually, you would have to block out eight hours. We set it up, walk away, and then do other productive things.” A batch of eight samples can be extracted in just 75 minutes.

The valving system employed by the extractor is also a novel and important feature highlighted by Murshak. This prevents the possibility of contamination and allows for a substantially smaller footprint than the competitors he is aware of. “Anytime we can shrink some bench space and create efficiencies in the company, that immediately provides a cost-benefit to us. And there’s been nobody that’s done it better than PromoChrom right now,” he enthuses. 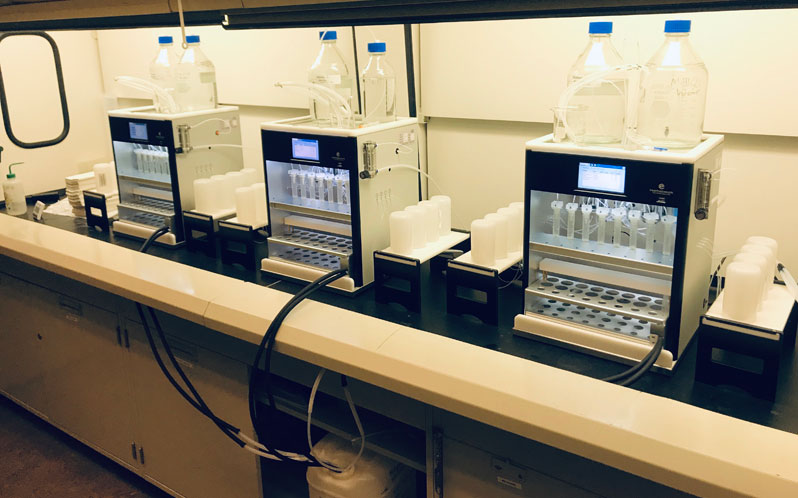 Murshak is optimistic for the future of Merit Labs, citing several contracts with large energy companies and a very dedicated workforce of chemists and analysts who have kept the company in business a long time.

As for the future of PFAS analysis, he says: “Because PFAS are new, I’m confident that the toxicology will keep ramping up and the number of compounds that people are looking for will increase. Right now, we’re looking for a suite of say 28 compounds, but that number will certainly go up since toxicology is always behind the manufacture of chemicals.”

Do you use PromoChrom Technologies products in your lab? Write a review today for your chance to win a $400 Amazon Gift Card>>