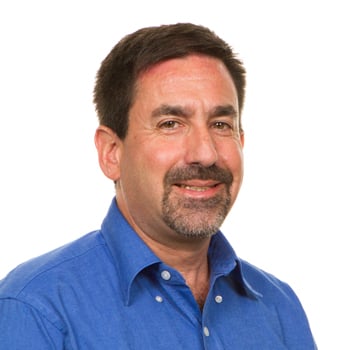 To ensure the safety and efficacy of gene therapy products or vaccines that employ viral vectors, several critical quality attributes related to the final product’s stability, potency, and purity need to be measured throughout the development and manufacturing process.

A range of analytical methods is used to monitor and quantify these metrics during viral vector production. Conventionally, samples are collected from production sites and sent to off-site analytical labs for analysis and report generation. This would entail waiting for weeks to get results regarding the quality of the ongoing process, in turn delaying the feedback cycle and overall development times. Modern process analytical technologies (PAT), however, are geared towards offering rapid, real-time results to accelerate process development timelines.

“The ability to make measurements on the production floor, and preferably in real time, significantly maximizes production efficiency,” says Dr. Dan Some, Principal Scientist at Wyatt Technology. “Our new instrument, the ultraDAWN™, is based on the same technology that’s used in an analytical lab, but is adapted for use on-site during production. It measures multi-angle light scattering to determine the size and concentration of viral vectors or non-viral vectors such as lipid nanoparticles, and the molecular weight of macromolecules like proteins and polymers.”

Instead of sitting atop a lab bench in an analytical facility, the ultraDAWN™ system belongs inside process development labs, pilot plants and production environments, being able to measure and calculate quality metrics up to 300 times per minute. Measurements can be made using inline or online configurations.

To make inline measurements, the instrument is included in the process workflow, and parameters of actual product properties are continuously measured in real time. “Other PAT systems measure process parameters such as pH, temperature, pressure, or else product attributes that indirectly reflect product properties. Measuring UV absorbance, for example, is an indirect metric that can’t differentiate well between viruses, proteins, and nucleic acids, or identify their sizes,” explains Some. “By using MALS in real time, critical quality attributes and product-specific properties can be measured almost instantaneously.”

Another configuration, which can achieve near-real-time reports, is online measurement where – instead of placing the instrument within the workflow – continuous samples from the process are run through the RT-MALS system. “Online measurement can be used for different scenarios,” notes Some. “For instance, it can be used if the flow rate is too fast to go through the inline instrument, or if the process is taking place inside a reactor vessel or requires dilution before taking measurements. Sometimes it’s simply a preference to not disrupt an existing workflow with a new system, so having the option to take quality control measurements on the side in near-real time without interference is beneficial.”

The ultraDAWN™ utilizes MALS and has 18 detection angles to capture analyte size and concentration in real-time for flow rates below 150 mL/min, or through the online configuration for faster flow rates.

A relatively new technology, RT-MALS is already being used in viral vector process development for gene therapy applications and vaccine development at companies such as Janssen Pharmaceuticals.

“The ion exchange purification and subsequent ultrafiltration/diafiltration steps during the production of these vectors separates the viruses from proteins and nucleic acids, and ultimately increases the concentration of the viruses to the desired level. At these stages, placing an inline or online RT-MALS instrument can differentiate viruses from molecules by size and monitor the viral concentration during production. Without this capability, samples will need to be sent off to labs for testing,” notes Some. “This instrument gives the technical staff the analytical eyes to “see” what's happening along the production process – which wasn’t really possible in the past.”

Critical quality attributes that can be measured in real time using the ultraDAWN™ system include concentration, size, and degree of aggregation, among others. Some continues: “For adeno-associated viruses (AAVs), the most important quality measurement is the ratio of empty to full protein capsids, viral titer (i.e., how many AAVs are present per milliliter), and the degree of aggregation. For lentiviruses and lipid nanoparticles, both size and concentration are critical quality attributes. For adenoviruses, on the other hand, particle concentration or titer is considered more important as they are relatively homogeneous in size, though an apparent increase in size could be indicative of aggregates.” The primary challenge experienced while taking quality measurements in viral vector production is turbidity, which occurs when high particle concentrations are encountered. “Turbid solutions can scatter a lot of light and saturate photodetectors, making MALS measurements rather challenging,” says Some. “But we have been able to resolve this issue in the ultraDAWN™ by adding attenuators, measuring the turbidity-induced reduction in incident laser light, and in the most extreme cases, continuously diluting the sampled solutions down to the point where accurate measurements can be made.”

Incorporating RT-MALS into a viral vector production workflow helps reduce the overall development time, now that quality metrics can be monitored within minutes compared to the weeks in waiting when samples had to be sent away for analyses. Process margins can be readily optimized, and attribute drifts can be detected almost immediately, thereby reducing the amount of product that would otherwise end up being discarded during quality control. Consequently, by fine-tuning processes in real time, efficiency improves and production yield increases, while process development time decreases.

“Knowing critical quality attributes in real time imparts increased confidence in the final product,” notes Some. “It offers the ability to control or stop the process to maintain quality and safety standards. While it's not the ultimate decision-maker – there will always be offline analyses that need to be performed – if something is detected by RT-MALS, then there’s enough information right away to trigger a troubleshooting procedure. It improves confidence in the process, the yield, and ultimately, the product quality.”

Currently, RT-MALS is being used by several biotech and pharma companies in the process development stages, and it is even employed in very specific downstream manufacturing processes as well. Beyond gene vector and polysaccharide vaccine applications, members of the BioPhorum consortium are engaged in extending the use of RT-MALS to monitor aggregate content during the production of monoclonal antibodies.