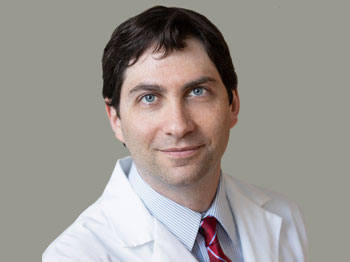 Dr. Benjamin Freedman, Assistant Professor at the University of Washington

In this article, we interview Dr. Benjamin Freedman, Assistant Professor at the University of Washington, whose goal is to understand kidney disease in its early stages. “In the medical practice, there's a lot of focus on the end stages of kidney disease and on managing that chronic disease. We are more interested in the early stages and all the different things that can go wrong early on,” says Freedman.

A pioneer in the field of kidney organoids, Freedman chose the 3D cell culture system to study kidney disease. “Organoids are great for this because they can show signs of disease,” Freedman explains. “We can then intervene by treating them with any compound that we're interested in.” A robust model for mimicking disease in vitro, kidney organoids didn’t even exist until a few years ago.

Freedman was the first scientist in the western hemisphere to generate a kidney organoid from pluripotent stem cells. “That was a very exciting moment,” Freedman recalls. “As soon as I saw these structures, I knew that there was something interesting about them. I had all the tools at my disposal to test whether they were indeed kidney.”

Developing and maintaining kidney organoids requires bioengineering capabilities. While the organoids grow and self-assemble from stem cells, their in vitro development deprives them of the vascular perfusion otherwise available in vivo. Tiny microfluidic tubules pass through the kidneys in our bodies, enabling the inlet and outlet of fluid, a resource that kidney organoids grown on a dish don’t receive.

“The kidneys in the body get about 20–25% of the cardiac output at any time point,” explains Freedman. “One thing we're missing in an organoid structure is the ability to perfuse the organoids and the tiny tubules.”

Freedman’s lab has a solution to this problem. “We're trying to make the kidney organoid 2.0, which will incorporate not just the stem cells and their natural ability to form the structures but will also impose a bioengineering design on top of those structures to enable them to really form the very complex types of functional tubules that are found in the body.”

The kidney organoid 2.0 grows on a kidney-on-a-chip device incorporated with extracellular matrix in scaffolded arrangements. By seeding the stem cell-derived kidney cells on this matrix-coated chip, the cells can be grown into controlled shapes and arrangements. “It's a fusion between stem cell and bioengineering fields,” explains Freedman. “The chip, about the size of a credit card, has a tiny tubule structure through which we can perfuse liquid. We can then observe the absorption of solutes such as glucose and ions and see how they're transported from one side of the tubule to the other side.”

The procedure to generate organoids uses a thin layer of Corning® Matrigel® matrix at the bottom of the tissue culture dish. The cells are plated on top of this layer, followed by a second thin layer of Matrigel. “This enables the cells to fold up and create more three-dimensional types of structures which are about 200 microns in diameter,” says Freedman. “These contain all the key lineages of the kidney tissue that we're interested in.”

The Matrigel matrix forms a crucial component of the kidney organoid generation process from pluripotent stem cells. “Matrigel matrix helps the cells to survive. They need a malleable support that they can grow into and form more three-dimensional structures in; something that they can actually change and remodel as they're growing,” Freedman explains.

For the kidney-on-a-chip protocol, the Freedman lab uses a relatively strong and stiff extracellular matrix. “We use Corning Collagen I, a highly concentrated form of collagen because these gels need to be stiff for the cells to take on the right shape that we’re interested in,” says Freedman. “If it’s too soft, the whole thing just falls apart, especially because we have fluid running through it.”

Alternatively, after the organoids have formed, they are placed inside larger Corning Collagen I droplets to stimulate the cells to grow out and populate. “This way, we study the ability of these cells to migrate out of the organoid, which has ramifications for certain disease processes,” says Freedman. “The tubular cells, which are normally sedentary, can actually migrate out when you give them an environment like that.”

One of the projects in the Freedman lab involves studying polycystic kidney disease using the kidney organoid model. “In polycystic kidney disease, the tubules, which are normally very narrow, swell up to form large balloon-life structures. They eventually crowd out and destroy all the healthy kidney tissue,” explains Freedman. “We’ve been able to get this to actually happen in our kidney organoids by mutating a gene in the stem cells and derive organoids that are mutants. The organoids swell just like the kidney tubules in the disease.”

This swelling process, however, depends on the microenvironment the organoid finds itself in. Freedman adds: “If you grow the organoids in a condition where they’re essentially floating in media, then it accelerates and exacerbates the disease process.” The lab uses Corning ultra-low attachment plates to grow the organoids detached. “They make these big balloon-like cyst structures very well in the ultra-low attachment plates,” notes Freedman. “They don’t do as well when grown in normal tissue culture conditions.”

The next big thing for 3D cell culture

High-throughput chemical and genetic screening are soon making their way into 3D cell culture biology. “We’re going to move from a phase where we study one drug and its effects at a time to a stage where we’re interrogating the organoids with thousands of compounds,” says Freedman.

“This is something you can’t do in the mammalian animal model, so it’s an exciting time for unbiased discovery using organoids. The big data phase is upon us.”