Editorial Article: Here’s how experts are breaking down barriers in flow cytometry 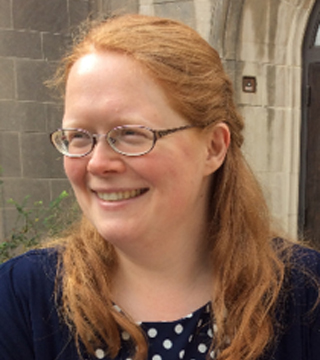 Sorting and characterizing a cell population using flow cytometry has traditionally been constrained by limits associated with speed and the volume of sample required. However, developments in miniaturized sampling for platforms with high-content throughput are now helping to overcome these issues. Integrated high-speed photography is also enabling researchers to gain new real-time insights into cell populations, from the capture of cell-cell interactions to revealing more about their unique morphological features.

In this SelectScience® interview, Dr. Kathryn Fox reveals how she is overcoming flow cytometry limitations in her role as an instrumentation technologist at the Carbone Cancer Center at University of Wisconsin-Madison School of Medicine and Public Health, and describes how the new Attune CytPix Flow Cytometer from Thermo Fisher Scientific helps her customers improve the quality of their research, and make the most out of their data.

Getting the most out of a sample

As a technician at the Carbone Cancer Center, Fox interacts with a wide variety of researchers in the life sciences community, from both on and off the university campus, including those working in oncology, immunology, and transplant biology. As well as maintaining the laboratory instruments and performing assays for clients, a large part of Fox's work focuses on helping people get the most out of their research material.

"I do a lot of education with our customers, teaching them about the concepts in flow cytometry and also hands-on sessions on how to use the instruments," says Fox. "We do a lot of advising researchers who come to us with questions about how to use flow cytometry in their research, about what instruments would be best for their particular project, and how they can get the most out of the samples that they have available."

Dealing with limited sample material is one of the most common challenges faced by Fox's clients, not least for oncology researchers dealing with samples taken from human clinical-trial patients during surgeries or office procedures. "You can't go back to that person and say, 'Hey, can I just have a little bit more of your lung?' So, they want to get as much information out of the limited sample material that they have. We're always looking for ways to answer more questions with the same finite amount of tissue.”

The integrated imaging that comes with Thermo Fisher Scientific's Attune CytPix Flow Cytometer is helping Fox and her researchers overcome this issue. "The main strength that I see with the Attune CytPix toward this challenge is that without doing additional steps in sample preparation or dividing a sample to do two different experiments with it, we can get pictures of the cells that are in the sample at the same time that we're getting our usual flow cytometry data," she says. "There's no extra work involved in preparing the sample, there's no cutting the sample in half and using part of it to take pictures and part of it to do flow cytometry. You get the pictures as a bonus on top of the data that you were going to get anyway. So we can still get 14-parameter flow cytometry data and pictures from the sample."

Depending on the flow rate, the Attune CytPix's highspeed camera can record up to 6,000 images per second of individual events as they pass through the instrument's flow cell, greatly increasing the scope for analysis. Acoustic focusing ensures that the captured images are sharp and centered, even at high throughputs. "The idea that we get those pictures along with the flow cytometry data that we were going to get anyway from the Attune is huge for me," says Fox.

One benefit of this is being able to quickly ensure that the events being analyzed are single cells rather than doublets, clumps, or debris. "It's been illuminating to see how many times an interesting double-positive stained event turned out to be two single-positive cells stuck together that I wouldn't have known about except for the fact that I had a picture. This happened even after traditional gating to exclude doublets from analysis. On the flip side of that, if I have an interesting double-positive stained event in my data file, and I go look at the picture and see that it is, in fact, a single cell, not two cells stuck together, it adds more credibility to my observation that there was indeed a cell that expressed both of those markers."

With such a variety of researchers passing through the lab, Fox recognizes that her most important role is helping the scientists on campus improve the quality of their work and become confident in asking bigger questions about their own projects. She also enjoys the opportunity to get involved with projects in a wide range of fields. "I like the idea that, by interacting with lots of different researchers doing lots of different projects, I can in some way contribute to the success of lots of different fields of study."

The integrated image capture that the Attune CytPix allows is adding a new, visual, dimension to that success. "In the experiments that I've been able to do on the instrument so far, it's fun to see these pictures of the events that otherwise would have just been dots on a data plot," says Fox. "I always like to see pictures."