Cellular redox species have been linked with numerous diseases. While once thought of as purely damaging molecules, an increasing amount of research has identified that these redox species also play a regulatory role in cellular metabolism. Understanding the mechanisms of redox biology and its impact on cellular physiology will therefore take us one step further to understanding the development of complex diseases such as cancer.

In this interview, SelectScience® speaks to Jun. Prof. Dr. Bruce Morgan, Junior Professor for Cellular Biochemistry at the University of Kaiserslautern, Germany, about his research into the fundamentals of cellular redox biology and how novel genetically-encoded fluorescent redox sensors and high-throughput automated screening using the BMG LABTECH CLARIOstar® are helping his group to visualize cellular reactive oxygen species in more detail than ever before.

SS: Tell us about your current research

BM: Our research covers a wide range of questions related to cellular redox regulation. On the one side we’re interested in the homeostasis of different cellular redox species – for example glutathione and hydrogen peroxide (H2O2) – how these species are regulated, and how homeostasis is maintained in different cellular compartments. For example, for H2O2, we might look at the major sources of H2O2 in the cell, how the distribution of H2O2 through the cell is regulated and controlled by enzymes that affect the scavenging of H2O2, and whether there are differences between cellular compartments. To look at these different redox species we've also been involved in the development of genetically encoded sensors, whereby we fuse a redox sensitive fluorescent protein to different redox enzymes that mediate the equilibration of the redox sensitive fluorescent protein with the different redox species of interest.

On the other side we're interested in how changes in these different redox species may impact upon different cellular processes. So again, if we take the example of H2O2, we’re realizing more and more that H2O2 can serve as a signaling molecule – a second messenger in cellular signaling – and it can elicit a wide range of cellular responses. We're interested in how these responses are mediated; what are the proteins that are affected and are there proteins that mediate the H2O2 signal? One of the contexts in which we look at this effect of redox regulation is in cellular timekeeping and for this we use the yeast metabolic cycle as our model. We now have some quite intriguing evidence that redox processes play a very important role in regulating these metabolic cycles in yeast.

SS: Please tell us more about the use of genetically encoded sensors in your research

BM: One of the projects that we have is understanding glutathione redox homeostasis in the cell. Before, when people have been looking at glutathione, they’ve basically had to resort to breaking open the cells, or even tissue, and then, using a biochemical assay, measure the relative amounts of reduced and oxidized glutathione in the cell. This is OK, and it works very well, but of course it mixes all the different cell types together and it mixes all the different subcellular compartments together, so when you see reduced or oxidized glutathione in your lysate you have no idea whether this is equally distributed throughout the cells and tissues or whether there are some organelles or some cellular compartments that preferentially store one or other form of glutathione.

What we’ve been working on is the development of genetically encoded sensors and their applications. On the redox sensitive fluorescent protein, we have two cystine residues that can form a disulfide bond. This thiol-disulfide couple on the redox sensitive fluorescent protein equilibrates with the glutathione redox couple via the action of a glutaredoxin that is genetically fused to the fluorescent protein. By using genetically encoded proteins we can target it to specific subcellular compartments and, by doing this, we’ve been able to gain a much higher spatial resolution picture of the distribution, particularly of oxidized glutathione, within the cells. It’s actually somewhat changed our understanding of cellular glutathione redox homeostasis. So, for example, we know now that the cytosolic glutathione pool is incredibly reduced, and it is highly robustly regulated and, at least in yeast, which has been our model organism, we can show that virtually all of the oxidized glutathione is actually stored in the vacuole. When we see in our whole cell extract these big changes in oxidized glutathione, which we often see upon chemical or genetic perturbation, we can now show quite clearly that this is simply representative of changes in oxidized glutathione stored in the vacuole and offers little or no information regarding the redox state of the cytosolic glutathione pools. We get a much higher special resolution picture of the distribution of glutathione by the application of these sensors.

SS: Please tell us about the lab equipment you use to perform this work

BM: Our main tool is the BMG LABTECH CLARIOstar. The advantage for us of this reader is that it has a monochromator-based system, so we can scan over a wide-range of wavelengths. We typically use 96-well microplates, which enables the staff to work in medium- to high-throughput. 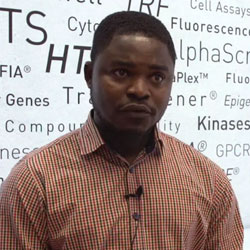 Watch this video to hear more from Prince Saforo Amponsah, Ph.D. student in the Morgan lab, about the role of the CLARIOstar in the Morgan lab. “The CLARIOstar is sensitive enough that even without chemical perturbation, we are able to detect baseline sensor signals. For the redox community this is very, very important.”

We’re using fluorescent sensor protein with two excitation maxima and one emission maxima, which we can readily monitor in the CLARIOstar. These ‘ratiometric’ measurements, are independent of changes in probe expression level for example. This means that we can readily follow the probe oxidation state in our cells in real-time, for example following treatment of our cells with different compounds. Or we can monitor steady state probe oxidation, looking for differences between different genetic backgrounds or growth conditions.

SS: What do you see for the future of your research?

BM:In the past year or two, more and more sensors have become available, so we can also now measure, for example, NADPH or NADH in specific subcellular compartments. I think we’re now in a position where we can start to gain a much more comprehensive understanding of cellular redox regulation and particularly the relationships between all of the different redox species in the cell. The long-term goal would be to start applying this knowledge in the context of mammalian and human cells. Changes in redox species have been reported to occur during the development of many different chronic and progressive diseases. A longer-term research goal therefore would be to start to understand the causal relationships between changes in different redox species and disease development, if indeed such relationships exist.

The old picture of reactive oxygen species for example views them as purely damaging molecules that the cell would like to avoid but to a certain extent cannot. However, we are increasingly realizing that many of these redox species play regulatory roles. So, when we have disrupted redox homeostasis, it may not simply be that we have changes in the level of so-called redox damage, but that, actually, we perturb or affect the regulation of certain processes that are controlled by these redox species. This is something that we will be able to look at in much more detail in the future.

On the 1st October 2018 our lab moved to the University of the Saarland in Saarbrücken, Germany, where I started in a new position as Professor of Biochemistry. This represents a very exicting opportunity for our group to continue and expand our research.

Learn more about the Morgan lab and the BMG LABTECH CLARIOstar multi-mode microplate reader. Do you use the CLARIOstar in your research? Write a product review for your chance to win a $400 Amazon voucher.