Editorial Article: Gene Therapy is Closer Than We Think – A Success Story

We interview a scientist whose team designed AAV vectors used in a successful gene therapy clinical trial, and highlight the key technologies that supported his efforts

The first attempt at modifying the human DNA in the 1980s set off a long, challenging endeavor – the ability to alter one’s DNA to treat genetic disorders. Once considered conceptual, gene therapy is now closer than we think. Fueled by hope and scientific rigor for three decades, the past year celebrated sweeping successes of patients being treated with gene therapy.

One such success story stemmed from the Nationwide Children’s Hospital, Ohio. In this 2017 study published by the research team in New England Journal of Medicine, 15 patients with spinal muscular atrophy type 1 (SMA1) received a single dose of gene therapy with a goal of functionally replacing the mutated gene. Subjects that underwent gene therapy showed signs of motor improvement which are otherwise absent when untreated. A significant part of this gene therapy success can be attributed to an unassuming, vital contributor – a delivery virus. 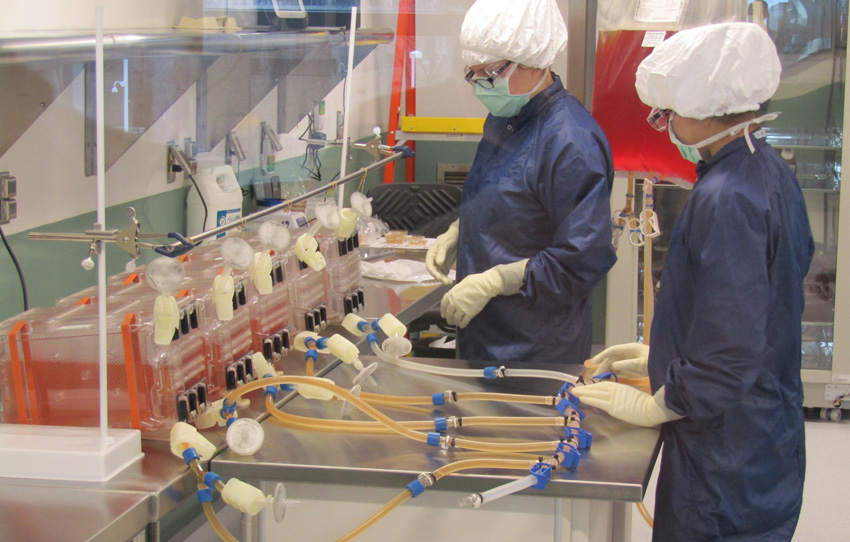 Known as the vehicle of the gene, the adeno-associated virus (AAV) makes or breaks the success of gene therapy. The AAV is carefully engineered to deliver DNA to target cells in humans. Upon delivery of a little piece of DNA, the desired protein starts being expressed, thereby making up for the missing or mutated genes causing the disease. In this SelectScience® interview, we speak with Jaysson Eicholtz, former Director of GMP Operations, who oversees AAV vector production at Nationwide Children’s Hospital and played a role in the seminal study on SMA1 gene therapy.

The clinical manufacturing facility at Nationwide Children’s Hospital is a cGMP production facility dedicated to advancing the field of gene and cellular therapy. “Our goal here is to support our investigators as well as outside industry scientists in getting new treatments for clinical trials in the most efficient, cost-conscious, and expedited fashion possible, while maintaining the highest quality,” says Eicholtz. 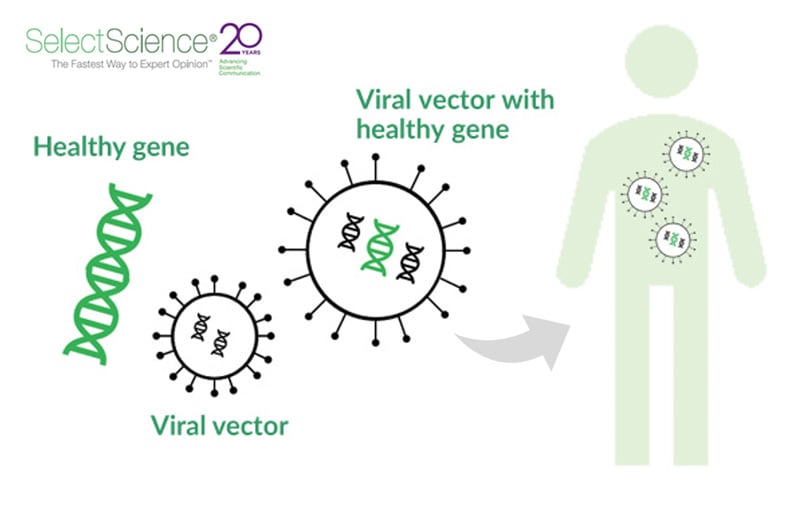 Gene therapy using AAV-mediated viral vectors involves designing the vector to hold the health gene and then administering it to individuals with a genetic disorder. In this clinical trial, the SMA1 gene was delivered to 15 infants.

I’m personally very excited for the future because the possibility of seeing cures for some of these rare diseases is getting closer to final agency approval.

Instead of managing disease symptoms like medications do, gene therapy aims to “fix” the DNA as a single-shot cure. The AAV vector, devoid of any viral pathogenicity, consists of a protein shell that carries and protects the “fixing” piece of small, single-stranded DNA. The persistence of this virus, the availability of numerous serotypes, and its ability to cross the blood-brain barrier have increased its potential as a delivery vehicle for gene therapy applications.

With AAV being such a crucial element of gene therapy, the experimental steps involving AAV - such as AAV vector design, serotype choice, and immune response monitoring - comprise a significant part of the clinical trial preparation. “We focus on AAV exclusively and use our own adherent HEK293 cells in a triple transfection process,” Eicholtz says, when speaking about producing vectors for clinical trials. “We use different sequential steps such as media release, tangential flow filtration, gradient ultracentrifugation, chromatography polishing, and formulation to prepare the AAV into a final drug-filled product ready for use in phase 1/2 trials.”

“We moved to the HYPERStacks model for production and have used it in our process since 2014,” says Eicholtz. “We have expanded capacity by six-fold over the past three years including the creation of a new 9,000-sq ft GMP manufacturing facility using the Corning HYPERStacks® as our chief manufacturing apparatus for production.”

Using such a production apparatus, the facility has supported numerous studies in addition to the SMA1 clinical trial. Diseases being targeted using AAV-mediated gene therapy at the Nationwide Children’s Hospital include San Fillippo Syndrome, Duchenne’s muscular dystrophy and retinitis pigmentosa, to name a few.

With a busy set of projects up their sleeve, Eicholtz shares: “I’m personally very excited for the future because the possibility of seeing cures for some of these rare diseases is getting closer to final agency approval. It represents a launching point for the wide acceptance of gene therapy products into the market.” His vision reflects the mission statement for the clinical manufacturing facility: There is no disease too rare and no challenge too difficult as we strive to make a difference with every product and to leave hope with every patient and family.

Learn more about the Corning HYPERStack Cell Culture Vessel in this downloadable app note that describes a method to amplify adenoviral particles.