We recently caught up with Anne Marie Quinn, the founder of Montana Molecular, a company that makes and supplies fluorescent assays for detecting signaling pathways in living cells. In this SelectScience® interview, Quinn discusses their one-of-a-kind fluorescent biosensors and summarizes how it’s now possible to measure, in real time, multiple signaling pathways inside a living cell.

“Montana Molecular is the first company that developed really bright genetically-encoded sensors for specific GPCR signaling pathways. We modified the new extremely bright green fluorescent protein, mNeon, so it could be used in a single fluorescent protein sensor. Our modification meant that we could produce much higher signal-to-noise than the traditional FRET-based sensors,” says Quinn, a scientist who worked in academia and biotech for years, and then founded the company to aid the use of biosensors in various applications. 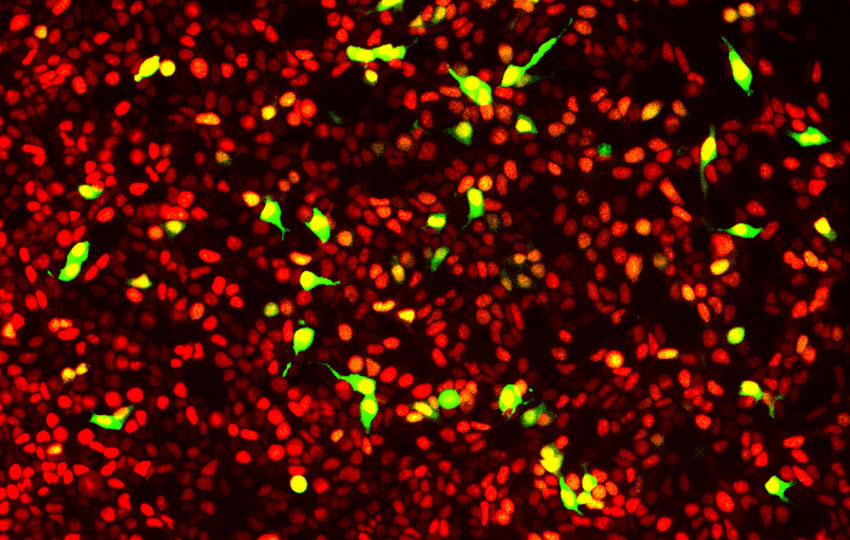 To tease out the inner workings of a cell, one would need to use robust fluorescent sensors that identify intracellular signaling pathways. “Our very first product was for detection of diacylglycerol (DAG) an important component of GPCR signaling through the Gq pathway. We specifically wanted to differentiate between Gs, Gi and Gq signaling,” notes Quinn. “This is an important goal for both drug discovery and basic research.” 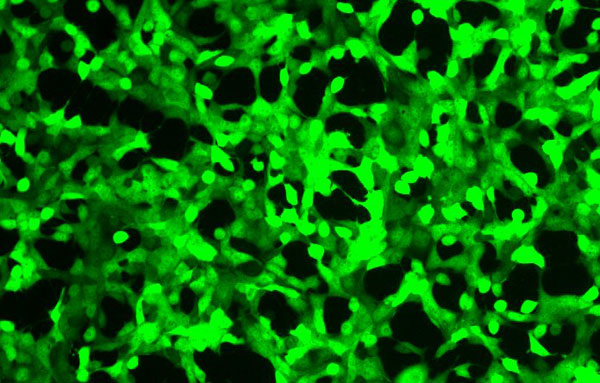 Fluorescent biosensors from Montana Molecular, are supplied in viral vectors, including BacMam, which can transfect a wide variety of different cell types, ranging from cell lines like HEK293 to iPSCs. What’s unique about these biosensors is that they can be coupled with other probes to learn more about a signaling pathway than would be possible with a single probe. “We use a limited part of the visible spectrum for each of our fluorescent sensors so we can combine multiple sensors in a single assay,” adds Quinn. These high-performing bright sensors are robust enough for detection by plate readers — a first for fluorescent biosensors — and are compatible with automation in applications like drug screening.

“When people screen for a GPCR target, they often look at a calcium response using a dye. But calcium can change in a lot of different ways other than just through Gq signaling,” explains Quinn. “We asked, what if you look at both calcium and DAG simultaneously? Are there drugs that activate just calcium, and not DAG? Or do the drugs activate both?”

The use of two biosensors measuring different players in cell signaling can reveal more about the effects of a drug. Image courtesy of Montana Molecular

In a lecture filmed at the Society for Laboratory Automation and Screening (SLAS) 2017 conference, Quinn, alongside Dr. Edward Dell from BMG Labtech, highlighted a compelling example of the benefits of multiplexing biosensors in drug discovery. The experiment measured DAG (green signal) and calcium (red signal) when the Gq-coupled purinergic receptor is activated using ATP or UTP in HEK293 cells. The team at Molecular Montana used the CLARIOStar plate reader for multiple simultaneous measurements. While the red calcium signal in both experimental conditions followed a similar trend, the green Ca2+ signal behaved entirely different. “If there wasn’t the green signal from DAG here, one would presume that ATP and UTP produce the same response. However, because we also have the green signal, we know that ATP works through a Gq pathway,” said Quinn in her presentation.

The projects at Montana Molecular evolve along with their clients’. In a recent collaboration with the Geisinger Clinic, Pennsylvania, USA, Quinn recalls the opportunity for a unique application for her company’s fluorescent probes. The institute was interested in cAMP, but in relation to ciliopathy — diseases involved in dysregulation of signaling in a very specific compartment of the cell, named cilia. “We then targeted the sensor to the cilia. Using two different channels, we measured green in the cilia and red in the cytosol and got a quantitative measurement of how the signaling is different in the cilia compartment versus the cytosol,” explains Quinn. “Being able to measure two channels simultaneously is important for understanding how a drug affects a living cell.”

In collaboration with BMG Labtech, the team at Montana Molecular has published application notes on the use of multiplexing biosensors and how to measure them in a plate reader. “The way our collaboration came about was serendipitous, actually,” says Quinn who met BMG Labtech’s specialist at SLAS. “We had heard that the optical engineering on BMG’s plate reader was really advanced, especially for measuring multiple channels.” Upon setting up the CLARIOstar plate reader, the team at Molecular Montana tested its many features for their experiments.

“The on-board drug addition feature helps dispense drugs and better resolve kinetics,” says Paul Tewson, a scientist at Montana Molecular. “Also, the spectral analysis feature. We can generate the spectra of our different biosensors using this plate reader.” In the near future, the team at Montana Molecular plans to create tutorials for multiplexing biosensors in live cells in partnership with BMG Labtech.

Quinn’s grand vision for the future of the company lies in what’s missing from the field of cell signaling. “We have a special interest in people working in neurodegeneration and those measuring toxicity in cardiomyocytes. While these may seem like two very different things, we are now focusing on advancing robust tools that measure the cell’s stress responses,” says Quinn.

Montana Molecular’s newest sensors measure chronic stress in a live cell — a welcome change to the field that currently relies on cell death as a marker for toxicity. “We can pair the stress sensors with second messenger sensors, like Ca2+, to make simultaneous measurements in cells under stress and to understand how signaling is disrupted,” informs Quinn, as her team continues to map out more multi-signaling applications in living cells.

Find out more about the CLARIOstar® and other BMG LABTECH instruments.