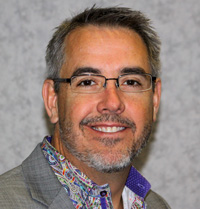 As the regulatory framework for the cannabis testing industry evolves, there is a growing need to bring together analytical scientists working in this field to help implement quality standards, as well as provide a unified approach to the advancement of cannabis science.

One company dedicated to the cause is Emerald Scientific. Co-founded by Wes Burk and Ken Snoke in 2013, Emerald Scientific is a California-based distributor of quality scientific equipment, supplies and reference materials exclusively for the cannabis industry. The company also offers proficiency testing for cannabis laboratories - The Emerald Test™ - and is the organizer of the Emerald Conference – a technical scientific meeting which highlights discovery science and technologies advancing cannabis science, from cultivation to pre-clinical research.

In this interview, SelectScience speaks to Wes Burk, President of Emerald Scientific, to learn more about the impact of The Emerald Test™, the latest technologies advancing cannabis science, and for a sneak preview of what to expect from the Emerald Conference 2020.

Why is it so important to set testing benchmarks for cannabis testing?

WB: One of the biggest reasons is that we in this space tend to all be champions of the plant and its potential. On this path to legitimizing the plant and its use, we all have a responsibility to bring good science to the mix, and that includes creating a scenario for predictability and dependability when it comes to its use and results. So, the better the analytical segment in the industry does, the more reliable the products that are created based on that information, and the more positive experiences and exposure we can have in the press. We feel like supporting good science in the industry is a very strong way of advocating the evolution of legitimacy for the plant in general.

How has the Emerald Test impacted the cannabis testing industry?

WB: As the regulatory framework evolves in the cannabis industry, as well as the accreditation segment, proficiency testing is required. Back in 2014 when we developed the test, no one was offering proficiency testing for the cannabis industry. In delivering that service, we really expedited the labs' capacity to stay in regulatory compliance and to achieve accreditation that many of the labs sought in the space.

How does the varied state-to-state legislation affect the way the testing works?

WB: That is still a very challenging paradigm. The scientific community in most other industries generally follow a federal course of regulation, and that doesn't exist for cannabis. One example is that from state to state, there are requirements for different analytes within a testing class – pesticides, for example. California has a very different list of required analytes to test for pesticides versus Oregon, versus Washington. That creates a challenge because an organization like Emerald Scientific, who is trying to provide certified reference material or standards for these tests, is challenged with — rather than having one standard off-the-shelf blend that meets the federal regulatory guidelines — having to attempt to compile specific products for each of the state requirements across each of the required product testing categories. 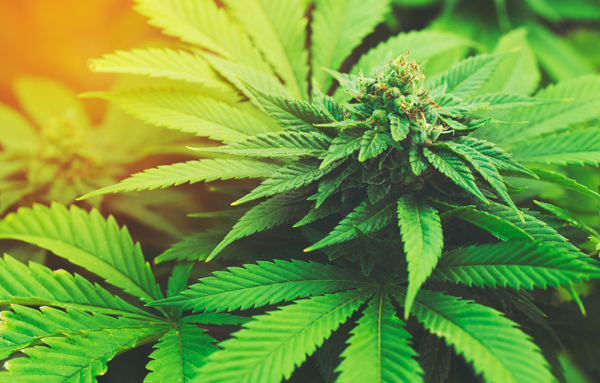 Collaboration between testing laboratories is key to advancing the field of cannabis science. Image © epicstockmedia 123rf.com

Tell us about the history of the Emerald Conference

WB: Our first conference was in 2014, in San Francisco. It became very clear that there were a lot of bright minds in cannabis science that were becoming rather frustrated due to isolation - they found themselves practicing all alone and without viable avenues for collaboration. The Emerald Conference was the first time that these scientists, a lot of them analytical scientists, had a forum where they could come together and collaborate.

We feel like there was a turning of the corner at that point — up until then, there was a pretty aggressive attitude about the science being conducted in the space and we feel like the Emerald Conference was the launching point for a shift towards a more collaborative spirit in the analytical sciences in cannabis. We embraced that philosophy and really have tried to continue to build the conference around that core value of collaboration.

We feel like the Emerald Conference champions cutting-edge technology and science and offers scientists in the space a venue where they can not only collaborate, but really keep their finger on the pulse of the latest in terms of tech, trends, research, and clinical work.

Register for the conference & keep up to date here>>

What are the key themes for the Emerald Conference 2020?

WB: Evolution is a big theme for the conference. By that, we mean to highlight how things have changed in the industry over the past five to eight years — we went from a place where just performing simple potency tests was wrought with challenges, to now, where the industry is radically more sophisticated. We also see lots of scientists coming together and working on projects, and that's really accelerating the evolution of science in the space.

What are some of the latest innovations in the cannabis testing industry that you expect to see highlighted at the conference?

WB: One technology that we've been watching for several years that we think is finally getting close to market-ready is point-of-use analytics – equipment for testing, for example, in a hemp field. The science has been a little bit slow in getting there, but we think that's one area that we're going to see some really exciting products brought to market in the next six to 12 months.

In general, we’re also seeing a nice spike in clinical and preclinical work. So, we think that the science is going to start to become more reliable. There's also a move away from strain name nomenclature, and there are lots of vehicles that are becoming viable to do a better job in predictability of outcome - and that's an extraordinarily exciting place to be, and frankly, long overdue.

Finally, what are you most excited about in the cannabis testing industry right now?

WB: I think that for cannabis in general, the rapid adoption of hemp, and therefore the exposure to the common consumer to CBD, is really a momentum changer. I think ultimately, that is probably about the most exciting thing that's going on in the industry right now, and I think it will really expedite the evolution towards federal adoption of both hemp and, more broadly, cannabis.

Visti the SelectScience Cannabis Testing special feature for more information on the technologies advancing this field.