From its expedited development to its far-reaching adoption, COVID-19 antigen testing is helping students and workforces safely return to daily life

In an effort to resume and maintain educational activities at schools, colleges, and universities and to reopen workplaces, SARS-CoV-2 antigen testing is playing a critical role worldwide. While PCR testing is regarded as the gold standard for COVID-19 diagnosis, antigen testing offers a rapid, cost-effective, and widely accessible option to help keep students and staff safe, and promptly isolate outbreaks. This also offers a quick, peace-of-mind solution to anyone suspecting an infection. More recently, academic institutes and governments have gradually adopted antigen testing as a systematic way to make mass testing faster, more efficient, and streamlined.

In this exclusive SelectScience® article, we speak with the diagnostics team at Siemens Healthineers about the conception, implementation, and adoption of rapid antigen testing during the year of the pandemic.

The need for SARS-CoV-2 antigen testing

During the initial stages of the pandemic, the focus at Siemens Healthineers was on developing and distributing PCR tests to confirm COVID-19 infection. The need for antigen testing arose a few months into the pandemic. “PCR is still the gold standard test for COVID-19, but it requires highly qualified staff and a lengthy analytical process, taking several hours or days to get a result,” says Alexander Socarrás, Executive Vice President and Head of European, Middle East, and African Regions at Siemens Healthineers. “Born out of a critical need to provide faster results for current infections, we began looking at antigen tests.”

Among the early adopters were countries such as Germany, Austria, and France, that implemented the Siemens Healthineers CLINITEST™ Rapid COVID-19 Antigen Tests for mass COVID-19 testing, which offers point of care (POC) testing or at home use. “Schools in these countries began employing antigen tests to help ensure a safe ‘back to school’ program,” says Socarrás. In Germany, schools provided their students with rapid self-test antigen testing kits. If they tested positive, they were required to stay at home. Schools in Portugal, however, implemented a different antigen testing method.

“Schools in Portugal wanted to avail themselves with the cost-effective mass testing option with centralized reporting. So, they chose to partner with commercial reference labs to collect samples in a controlled setting at the schools, and dispatch personnel to collect samples via group testing on-site daily, covering their entire student base,” explains Socarrás. “In this case, they used lab-based SARS-CoV-2 antigen testing developed by Siemens Healthineers through several of their providers. No matter the type of antigen test employed, in the end, it’s about testing frequently and having just-in-time results, so that whomever testing positive can be quickly isolated, instead of attending school or work.”

Rapid POC antigen testing can have a noticeable community-wide impact in curbing infections, even beyond a school or work environment. An individual can now have an immediate answer 15 minutes after collecting the swab, and make educated decisions.  “In Slovakia, they performed a broad population-based study observing infection trends in groups using antigen testing,” says Dr. Katherine Soreng, Global Director of Clinical Education at Siemens Healthineers. “There was a significant reduction in COVID-19 transmission in this group compared to population segments not being tested, because individuals that tested positive quickly self-isolated, curbing further spread.” 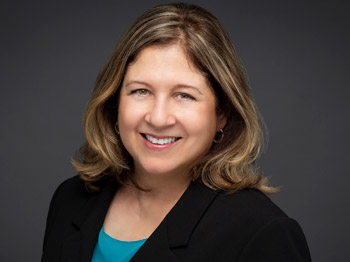 Expanded reach: A complementary test to the gold standard PCR

Antigen testing programs have seen a gradual uptick, not as a replacement to PCR-based testing, but as a complementary, more rapid test. “When antigen testing was first introduced, there was a concern in the medical community about the test not being sensitive enough,” says Soreng. “As the pandemic intensified, the benefits of antigen testing, namely, the rapid turnaround time and relatively high sensitivity for those most likely to be infectious, were quickly realized.”

“If an antigen test is positive, the PCR testing may still be used for a confirmation if clinically indicated,” adds Socarrás. “But when mass testing is required frequently, antigen testing is more accessible and can offer clinically useful sensitivity and specificity.”

Rising to the diagnostic challenge

Getting a diagnostic test designed, approved, and commercialized is a long, laborious process governed by stringent regulatory requirements. During the pandemic, however, these regulatory bodies issued an ‘emergency use’ authorization to help companies expedite test development and availability, making it possible to bring novel diagnostics, such as the SARS-CoV-2 rapid antigen tests, on an accelerated timeline into the market.

“The diagnostic industry has exercised an incredible level of agility during the pandemic,” says Socarrás. “In a highly regulated industry like ours, where bringing tests to the market typically take years to develop, we were able to achieve in months or sometimes even weeks. The pandemic has shown us that the diagnostic community has the ability to meet quality standards while developing tests in an accelerated fashion under demanding circumstances.”

“We did our due diligence with our COVID-19 antigen tests,” Soreng adds. “A reliable, good-quality test eliminates concerns about the validity of the results and, instead, allows the medical professional or the consumer to focus on the next clinical step.”