Editorial Article: A new approach to avian influenza biosecurity: Clamping down on transmission

We speak with Prof. Jean-Luc Guérin, Veterinary School of Toulouse, about his research into a new combinatory approach to avian biosecurity, with an emphasis on early detection 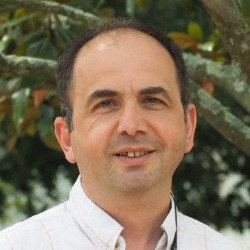 Jean-Luc Guérin, professor in poultry medicine at the Veterinary School of Toulouse, France, and head of the IHAP Joint Research Unit (INRAE-ENVT)

Following the first recorded emergence in 1996, Avian influenza Type A outbreaks have periodically occurred across the globe, infecting wild aquatic birds, other wild birds, and critically, domestic poultry. Since early 2020, Europe has seen and is still experiencing, one of the largest highly pathogenic avian influenza (HPAI) outbreaks to date, with 1,672 detections recorded between February 24 and May 14 this year.1 Thankfully, human cases remain rare.

With this peak in infection cases, mortality in poultry farms is as at an all-time high and HPAI persists among wild birds. In response, European officials have advised farmers to enhance their awareness and to continue to employ strict biosecurity measures in order to monitor new cases and, ultimately, reduce transmission events.1

Jean-Luc Guérin is a professor in poultry medicine at the Veterinary School of Toulouse, France, and head of the IHAP Joint Research Unit (INRAE-ENVT). His main duty is to teach about avian pathology, avian viruses, and the sanitary risks of poultry in connection with public health. His core line of research involves studying the basic biology of avian influenza viruses and how to translate findings to improve biosecurity. In this exclusive SelectScience® interview, Guérin discusses his ongoing research exploring the potential of aerosol and dust-based monitoring systems, and how this technology might give farmers the edge they need to bring the situation back under control.

Q: What attracted you to work in avian biosecurity?

JLG: The main reason was the succession of outbreaks of major avian viral diseases, and mostly, avian influenza in 2015, 2016, 2017, and then in 2021. This accumulation of outbreaks showed me that we needed to try something, something different from classical approaches, to try to address the different avenues of viral diffusion, including direct and non-direct dissemination within poultry farms. By that I mean, the respect of basic rules of separation between farms, the problem of free-range poultry production with access to the outdoors, and the risk of contact with wild birds, the role of wild birds in transporting the virus, the role and behavior of the farmers themselves, as well as the way the virus circulates within the farm, through aerosols and dust for example.

Q: What makes avian influenza such a highly pathogenic virus?

JLG: From a biological perspective, it's a fantastic virus. Several times I’ve been surprised about the behavior of the virus... of these viruses - because you have several viruses with completely different behaviors depending on the type of bird. In ducks or chickens, the same virus will not have the same behavior.

The avian influenza virus is extremely contagious, extremely virulent. It is able to kill almost 100% of birds within a few days and it's evolving all the time. That means that you can never fix the situation and say, ‘Okay, now I know the exact behavior of this virus.’ It's not true. For example, in France this year, we had several outbreaks of H5N8 virus, and it is basically exactly the same type of virus as four years ago, it is the same clade, 2.3.4.4.b, but it's not behaving the same. In birds, it is much more virulent than four years ago.

Q: What is the current landscape of infections? How is it spreading?

JLG: The core question is to try to address the avenues of dissemination within the farm, and from farm to farm. The two aspects are very closely linked. Because of contaminated clothes, boots and trucks, you will see dissemination from farm to farm. Therefore, we have been trying to address transmission within the flock by combining different ways of sampling, for example, swabbing, dust sampling, and aerosol sampling, at the different stages of infection.

Very quickly it became obvious this year that early in the course of infection, the level of virus in the dust and aerosols was very, very high. It was surprising to see that there was quite a delay, several days, between the onset of excretion in the air, and the beginning of clinical signs. That means that when the farmer or the vet is starting to see clinical signs and mortality, the infection has lasted for several days, and the virus is already disseminated in the environment.2 That is why the early detection of the virus is, in my opinion, a key aspect.

The second point is that the combination of several sampling methods is very important. In some cases, it will be critically important to get individual samples, but a combination will minimize the risk of any false negatives. In my opinion, aerosol sampling is a nice way to try to detect very early infection and the risk of dissemination because you consider not only the individual situation, but really, the global dissemination in the air, and that means in the direct environment of the farm.

Q: What have your research findings suggested about the role of airborne transmission in the spread of this virus?

JLG: Currently, we are implementing a field study based on a significant number of outbreaks. Almost 20 cases are being investigated with a combination of swabs, dust, and aerosol sampling. So far, what we have identified is that the aerosol sampling was able to detect significant amounts of virus very early on. In some situations, at the very beginning of infection, you will have a low percentage of infected birds. Such situations would mean that if you do a random swabbing of 20-30 birds amongst thousands of birds, the probability of detecting positive birds will be very low, or alternatively, that means that you would have to sample a lot of birds to be able to detect this with significant confidence. At the same time, if you take aerosol or dust samples, it could be much more efficient.

We are only at the beginning of realizing the potential of this sampling technique; it is proving difficult to implement into routine practice, and vets are not familiar with the technology. However, the results of our pilot study suggest a combinatory approach, utilizing all three sample types, could be a good option.

Q: Which product(s) are you using to sample aerosols from infected avian facilities and how does this technology help you to achieve your goals? 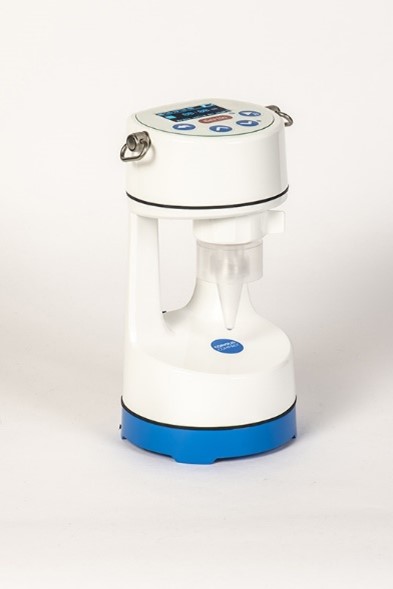 JLG: To perform this pilot study, we used the Coriolis Compact air sampler from Bertin Instruments. It’s a quite new device that is easy to use, and most importantly, is easy to disinfect. When in the field, studying avian influenza, you cannot bring a huge, sophisticated device, you have to use a robust, and easy-to-disinfect device to reduce any risk of transmission. The Coriolis Compact air sampler has a quite high airflow, around 50 liters per minute. Before choosing this product, we compared it to the other system that we use which is the NIOSH system. This is a well-known system, a bioaerosol sampler with a very low airflow, roughly three to four liters per minute. We compared the two systems because the mechanism is almost the same. It's a cyclonic system, but the impact of airflow is very important. We know that the higher the airflow, the higher the sensitivity, because you will collect more sample. After comparing the two systems, the Coriolis was clearly the most efficient because of the volume of air sampling, which was critically important when looking to monitor the early stage of infection.

In my opinion, the value of this system becomes apparent at the stage before the raising of clinical signs. Because, by the time clinical signs of infection appear, it’s likely that almost all of the birds are already infected. The advantage of this system is that the high airflow permits detection of the virus at low levels of prevalence within the flock. The other advantage, in my view, is that it's a dry system of collection. By that, I mean that you can suspend the sample with almost any type of buffer, which is not the case for other systems where you have to introduce buffer during the collection itself. In the near future, we plan to test this with other viral respiratory infections to try to gain more data and more experience.

Q: What impact do you think routine aerosol sampling could have on biosecurity?

JLG: With the COVID crisis, we have gained new knowledge on aerosol transmission of respiratory infections and viruses as a whole. I think that this kind of system could be used in some specific situations when you suspect early-stage or a low level of dissemination of viruses. If you want to make sure that you don't miss an infection, in my opinion, it could be a complement to swabbing. In other words, analyze the swabs as well as the aerosol collection for an added layer of security.

Another example of its use is that in some situations, you cannot swab 60 birds, it's not feasible. So it could be an alternative. For example, only swab 20 birds and incorporate an aerosol collection and/or dust collection. The combination of this could be, in my opinion, very valuable.