In this exclusive interview, we speak with Dr. Carol Treasure, founder and CEO of XCellR8, to find out more about her pioneering animal product-free testing. Although many cosmetic laboratories do not partake in animal testing, several companies continue to use animal-derived components. Treasure and her expert team create completely animal-free products in a bid to eradicate the need for animal-testing across all disciplines by maintaining animal-free in vitro testing laboratories. Treasure also discusses how her collaboration with Bio-Rad has helped to achieve her research goals by developing tests that effectively operate without the need for animals and highlights how she aims to influence others to make the animal-free transition. 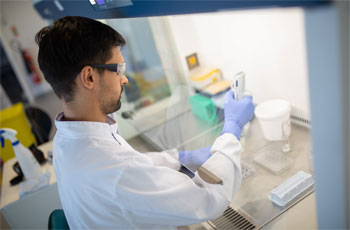 There remains controversy between those for and against the testing of animals. Many state that studying complete living organisms is vital for the development of life-saving treatments, whereas others argue that animal testing is unethical and ineffective. One thing, however, appears to be agreed, that animals should not be subject to cruelty and inhumane treatment.

Treasure and her team are on a mission to accelerate the world’s transition to 100% animal-free testing. Globally, XCellR8 is thought to be the only contract testing laboratory leading a completely animal-free testing approach. “There has been increasing public pressure for decades regarding how we could replace animal testing, especially in the cosmetics industry, with a lot of our key clients being large cosmetic companies,” says Treasure. “The companies we work with must comply with European regulations. These regulations do not allow for any cosmetic products or ingredients to be tested on animals.”

A vegan lifestyle involves cutting out animal products, such as meat, fish, dairy, clothing, and cosmetics and ‘veganism’ is at an all-time high, with increasing numbers of consumers opting for vegan or dairy-free alternatives over their animal counterparts. Treasure highlights that, regulations aside, many companies are committed to creating a world without animal testing on principle. However, that’s not the end of the story, as Treasure explains: “Many companies say that their products are vegan, whilst still employing animal-derived components in the testing process. These components are used to ensure the safety of a product, and even though this is important, the use of animal components mean the product is not truly vegan.”

XCellR8 does not use any animal-derived materials in their laboratories. As a result, they offer tests that are fully compliant with vegan standards and are one of the first laboratories to have received full approval of some of their tests from The Vegan Society. 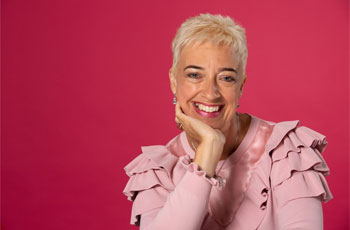 To understand the true benefits of animal-free products in the cosmetic industry, Treasure states “part of our goal is to raise awareness about this issue, for other labs to follow our lead. XCellR8 are really pioneering this approach, but we want other labs to stop using animal-derived products as well.” Testing cosmetic products and their ingredients on animals was banned in the U.K. and across the E.U. in 2013, nevertheless, 80% of countries do still allow testing of cosmetics on animals. Treasure and her team refuse to overlook this figure and are actively creating an international presence to make an impact in those countries.

Treasure admits there is still a lot of work to be done: “Some tests do not have an animal-free alternative test available. For example, we are not yet able to perform long-term exposure tests in cell culture labs or computer models, but we will be able to in the future.” Treasure highlights that in order to achieve more animal-free alternative tests, the cosmetics industry must keep the pressure on regulators, since she believes that the technical abilities are already available, but that it is a case of investing more funds to make it happen. She tells SelectScience: “We've got a fantastic global reputation, but we want to build on it by collaborating with the bigger companies to make sure that we're driving change on a bigger scale.”

Treasure explains that using animal-derived components does not provide the best simulation of what happens in a human being, continuing: “There is a lot of debate about the importance of using human cells instead of animal-derived cells to try to create these models. When we take human cells and transfer to an animal-derived serum or a rat liver extract, we completely negate the benefits of having a human system.’’ The team at XCellR8 is fully focused on completely animal product-free systems as they look for clearer insight into what happens within human cells.

Sensitivity testing without the animals

Treasure explains how the team at XCellR8 went about developing these tests — and the key role played by its partner, Bio-Rad: “Growing the cells for the test is fairly straightforward, but our work with antibodies is far more complex. We chose to collaborate with Bio-Rad. Bio-Rad provided us with customizable recombinant antibodies using HuCAL technology, enabling our test to remain an animal-free, vegan-compliant test.” Treasure goes on to explain the decision-making process a little further: “We researched many different possibilities as to where we should purchase our antibodies. Bio-Rad had a clearly established antibody phage display technology already set in place, and we needed antibodies that would be standardized for industry to use at a regulatory level. It is partly about quality control, how reproducible different batches of the antibody are when companies manufacture them from batch to batch, and Bio-Rad clearly had a track history and a good reputation, and they had a good understanding of what we needed.” The team at XCellR8 also had to make sure the test was acceptable to the regulators, such as the Organisation for Economic Co-operation and Development (OECD), which Bio-Rad helped them to achieve.

Looking ahead, the team at XCellR8 is continuing to develop its h-CLAT sensitization test, which is already available for clients. “It’s important to mention that a lot of the work we do is not just associated with the cosmetic industry, but other types of industries too, from biocides to medical devices. Therefore, what we do is applicable across the board,” Treasure says. “We are expanding our reach beyond the cosmetics industry now.” In regard to animal testing, Treasure concludes: “I do think that we'll look back and it will seem archaic to think that we ever tested on animals because animal tests are extremely out of date and they were never properly validated. Animal testing was adopted as no alternatives were available, and now there are.”

Treasure expresses her hopes to inspire the next generation of scientists and predicts animal testing could soon fade away.