Researchers use new approach to investigate impact of neonicotinoid pesticides, clothianidin and imidacloprid, on bee gene expression and brain function 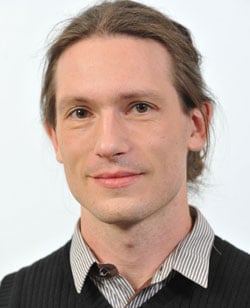 A major challenge for the agricultural industry is growing enough crops to feed the increasing global population. In order to protect crops from potentially devastating pests, modern agriculture involves applying large amounts of synthetic pesticides such as the popular neonicotinoids – a class of neuroactive insecticides – to crops. However, because the pesticides may contaminate wild flowering plants, and because beneficial pollinators also feed on crops, non-target species can become contaminated with traces of neonicotinoids which can have sublethal effects on bee brains, affecting cognition, motor function and behaviors needed for survival.

Bees are essential pollinators for maintaining biodiversity and ensuring agricultural yields and reports of their global decline is an increasing cause for concern. Here, SelectScience speaks to Dr. Yannick Wurm, Senior Lecturer at Queen Mary University of London, about his research that aims to understand how pesticides affect pollinators by studying population genomics and gene expression.

Dr. Wurm leads a lab at Queen Mary University that aims to understand how highly organized insect societies function and to improve understanding of how environmental challenges, including those posed by pesticides, affect pollinators. Among other reasons such as habitat loss, and climatic change, the use of pesticides is a major cause of bee decline and recent research has demonstrated that exposure to these pesticides has sublethal effects on behaviors such as navigation abilities, foraging performance, and learning ability, critical to bee survival and society. As a result, three popular and previously approved pesticides were banned for outdoor use by the E.C. in 2018.

“Bees play essential roles for pollinating plants and thus to maintain the stability of the ecosystem, but also for the successful harvest of many crops,” Wurm explains. “It is thus worrying that extensive research by others has shown that such pollinators have been declining worldwide”.

Check out our Pesticides and Contaminants Special Feature >> 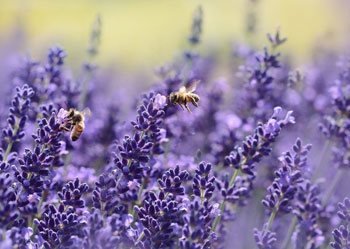 Bees are crucial for maintaining biodiversity and high      crop yields

In an effort to improve evaluations of effects of pesticides, Wurm and his team of researchers exposed colonies of bumblebees to field-realistic concentrations of two neonicotinoid pesticides — clothianidin or imidacloprid — and used RNA sequencing to quantify resulting gene expression levels.

“We are strongly inspired by the type of high-resolution genomic approach that has over the past 10-15 years dramatically changed the way research on human diseases is performed and patients are diagnosed. We have begun applying such approaches to bees,” says Wurm.

By utilizing the latest accurate and reliable technology, an important aspect of any scientist’s work, Wurm and his team were able to implement a transcriptome-wide gene study measuring how the activity levels of 12,000 genes are affected after exposure to pesticides. Essential pieces of technology include the RNeasy MiniPrep kit by Qiagen to extract and purify RNA and the Illumina NextSeq 500 and HiSeq 4000 for RNA sequencing and analysis.

The future of pollinators and molecular diagnostics

The researchers made three important discoveries:

“This demonstrates the power of molecular diagnostics for evaluating the impacts of pesticides,” explains Wurm. “It also shows the manners in which one type of colony member is affected by a pesticide cannot simply be extrapolated to others.”
Wurm goes on to explain: “Some of what we found is in line with previous knowledge, but intriguingly, some of our findings also indicate that pesticides have additional effects we didn’t yet know about.”

After successfully demonstrating the feasibility of molecular diagnostics as an approach to evaluate the impacts of pesticides on insects, Wurm concludes: “This type of work now needs to be performed at a much broader scale, including multiple species, multiple life stages, and larger numbers of pesticides. A few years from now these approaches will be as ubiquitous for the evaluation of pesticides and other chemicals as multi-omics approaches for studying human disease and for human diagnostics.”