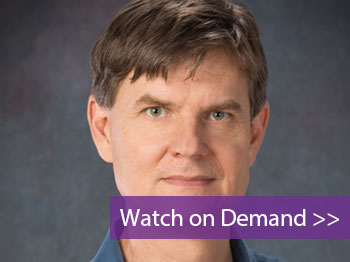 Accelerated development of oligonucleotides for both therapeutic and diagnostic applications is driving a need for more precise and productive analytical testing of these molecules. One challenge is that oligonucleotides are susceptible to metal interactions that can negatively impact separations performance, reproducibility and sensitivity. To counter the variability caused by these metal interactions, analytical scientists routinely condition or passivate their LC systems/columns to block sites of non-specific adsorption. While conditioning does improve performance and consistency, its effect wears off over time, so repeated conditioning is required to maintain consistent levels of performance.

Q: Have you tested the impact of PREMIER columns on other categories of small or large molecules? And do the benefits carry over to these molecules as well?

Q: Is Waters thinking of extending the benefits at the MaxPeak High-Performance Surface beyond the column, maybe to the metal components of the LC system too?

MG: I alluded in my talk to the fact that, yes, while we treat columns and remove the nonspecific adsorption that happens on them, but, there is still a portion of the adsorption surfaces that are within the LC system itself. It would be a good idea to extend the modification of metallic surfaces to the system itself. There is active research ongoing at Waters —we've progressed to the phase of commercialization. I can reveal that there will be a PREMIER system with coated surfaces. It will be commercialized early next year. If you are interested in using such a system, please contact your Waters representative to get early access to this technology.

Q: Can this also happen to other types of chromatography?

MG: We first deployed these PREMIER surfaces for reversed-phase columns. We also looked at HILIC. Interestingly, in HILIC, those effects are perhaps even stronger. We know that PREMIER surfaces improve non-specific adsorption. I believe many users who use ion-exchange columns are very familiar with this effect for oligonucleotide analysis, so it does happen in ion exchange too. There are some chromatographic conditions that are helpful, high pH in one example, or if you include 150 millimolar phosphate buffers at slightly basic pH, you eliminate a great deal of those non-specific adsorptions, because of the presence of the phosphate. Citrate buffers could also help. But otherwise, I would expect that in all modes of chromatography, under LC-MS conditions, you would see those non-specific adsorptions. They are present everywhere.

Q: Can this column be used for mRNA analysis?

MG: mRNA is a much larger molecule and may not fit in all the pores. But effectively, with 300 XM pore size columns, we have done some work with DNA restriction fragments. We can successfully retain them, allude them and resolve them. So, I think, yes, you could use the column for mRNA. Obviously, the PREMIER version of the column would be most helpful there, because very large molecules are comparably more sensitive to non-specific adsorption.

Q: Do you have to condition the system with every new oligonucleotide you test when doing sample conditioning?

MG: The answer to this is no. Often, we use either pre-conditioning with a different type of oligonucleotide that is effective and sufficiently passivates surfaces, or it can also be a good idea to include an internal standard in your bioanalysis under sensitive LC-MS conditions — it has been described by Michael Bartlett. Including an internal standard, which is an oligonucleotide with a concentration of an order of magnitude higher than your sample, is actually a good idea. You then continuously dynamically passivate the system with every injection. You don't have to use the same oligonucleotide. Actually, it's a good idea to use a different one.

Q: What would you recommend for the analysis of a purified oligonucleotide in native conditions?

MG: In prep situations, when you overload and overwhelm the system with a sample, these effects are not as apparent as under highly sensitive LC-MS conditions. That being said, the column and frit are also much bigger and have a much bigger surface. There might be a concern about carryover. I must admit that we haven't looked into this issue just yet. All of our columns that do exist with PREMIER surface are analytical-scale columns. But if there is an interest in prep columns, we may extend the technology to these columns in the future.

Q: Is there a difference in the results with high temperatures on the column such as at 60 degrees or more?

MG: Oligonucleotide separations in so-called denaturing conditions are typically performed at elevated temperatures, often at 60°C, in some cases even higher. For PREMIER surfaces and high-performance surfaces, the chemistry has to be resistant and stable at those elevated temperatures. All the tests and evolutions that we did indicate that it is stable under low and high pH conditions too. You are free to explore separations, even at 70, 80, 90°C, it should fine.

Learn more about the LC-MS analysis of oligonucleotides: Watch this webinar on demand here>>