Editorial Article: Advances in Forensic Science: Could Mass Spec Have its Day in Court? 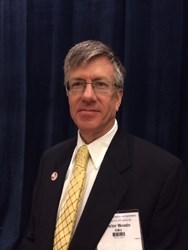 In this exclusive interview, Professor Victor Weedn, from The George Washington University, describes the current technologies in forensic science and their use in the criminal justice system. Forensic chemistry and forensic toxicology are huge areas of forensic science and the need for chemical identification is ever-growing. Currently, there is a demand for valid analysis of difficult samples such as complex mixtures, trace amounts and unknown unknowns that will stand up as evidence in a court of law, and it seems that mass spectrometry may be the technology to solve this problem.

Knowledge is Power
''Currently in drug chemistry,'' says Prof. Weedn, ''when dealing with a white powder, standard analysis is relatively straightforward, as sample sizes are generally large, pure and tend to be of a known drugs of abuse. Forensic scientists want more information, such as: what are the diluents, what are the cutting agents, what are the traces and where did the drug originate from? In forensic toxicology, however, it is different, as one is already starting with a complex matrix.''

Identifying 'Unknown Unknowns'
''A classic example is designer drugs, where criminals specifically try to circumvent typical drug analysis. For example, cocaine, we know the structure of it, we know what it looks like. It’s a simple thing to analyze, but what if now you use an isotope of the carbon? So, now it’s a different mass. Now you’re going to miss it and it’s still cocaine.''

''The vast majority of analysis is performed using simple GC-MS. Once you have to go beyond that for chemical identification in the United States, we tend to go for an LC tripleMS. In Europe, there’s a little more adoption of time-of-flight instruments. Our new mass spectrometry group at The George Washington University is largely going to look at PerkinElmer equipment, including time-of-flight instruments (AxION IQT and AxION TOF). A major benefit of these systems is their ability to detect unknowns. When using time-of-flight, you can go back to the data, and look at these other pieces of data. Additionally, determining accurate mass is of high importance. This can be performed using the AxION TOF."

Mass Spec Advances / Limitations
"If you are a trace examiner, you might find some hairs or fibers at a crime scene. There are also likely to be hairs and fibers that were there previously. So, you have to sort out what seems to be the questioned evidence from the background evidence. Previously, people end up doing lots and lots of manual work looking under the microscope, doing melt tests, maybe some micro FTIR. So, you get a handle but then in the end you say, ‘Well, this is consistent with X’. It is a lot of work, not all that specific and seemed not worth the money. Now, the crime lab actually is like the detective. Now I can say, ‘okay, this is from that person in that DNA database,’ or 'this is that person from the fingerprint databases,’ or ‘this is the firearm using the ballistics database'. Those three now become an investigative agency in their own right – this is far more powerful. There’s a resurgence in trace evidence but I don’t think we should completely go back to the microscope. I think now that mass spec is far more bang for the buck. It’s far quicker and it allows a greater specificity."

"Time-of-flight mass spectrometry has not been, to my knowledge, admitted into a court of law yet. I know that there’s a case where it’s about to be and I really believe it will be accepted, but there is this admissibility or acceptance period for new technologies to include advanced mass spectrometry. Fundamentally, to go from GC-MS to LC-MS is a logical step. Then, eventually we’ll get into mass spec imaging, which I’m excited about for trace evidence. Geospatial chemistry is a lot more information than just chemistry and chemical identification."

Crimes Committed by Unmanned Systems
"My area of interest is studying how to investigate a crime committed with an unmanned system. DNA may not be involved if you have a robot; there will be no fingerprints. But it’s not just robots, but also drones. I know laws are broken all the time here particularly by media, who fly these drones with cameras even though there’s no FAA approval. You can do it up to 500ft. We’re just about to increase the height of which you fly. Most people don’t recognize that there’s going to be a lot of drones in the air here in the not too distant future. What are the crimes? You can say that public law enforcement can use them, they will and they should particularly for hazardous scenes where there’s an active shooter. They’ll say 'just bring in the robot'. As quickly as public safety adopts the technology, the criminals will also adopt it. In fact, I would be willing to bet we have no clue how often robots and underwater submarines that are unmanned are being used to transport contraband. I think this is a big area."

Acceptance of Mass Spectrometry in Forensic Science
"In forensic science there is still room to advance to even include such basic technology as mass spectrometry. We’re not as sophisticated as we think we are in these technologies. There is a revolution that has happened in mass spec that we need to take advantage of. We can then apply this to real world questions to help dispense justice in the world."