Lipidomics is the comprehensive analysis of lipid profiles found in biological matrices and is enabling scientists around the globe to advance the rate of biomarker discovery, consequently influencing drug discovery and development research in metabolic diseases such as obesity, diabetes, and hypertension. The principal technology enabling this research is liquid chromatography (LC) combined with high-resolution mass spectrometry (MS), where accurate structural determination is paramount.

Like proteomics and genomics, lipidomics is not without its share of complexity. To date, over 40,000 structures have been logged in the LIPID MAPS structure database, with more to come. The vastness of the lipidome derives from the numerate structural variations that can occur across lipids, including head group, chain length, additional functional groups and stereochemistry around double bonds. Therefore, it comes as no surprise that this gives rise to various isomeric species which can make absolute determination difficult. 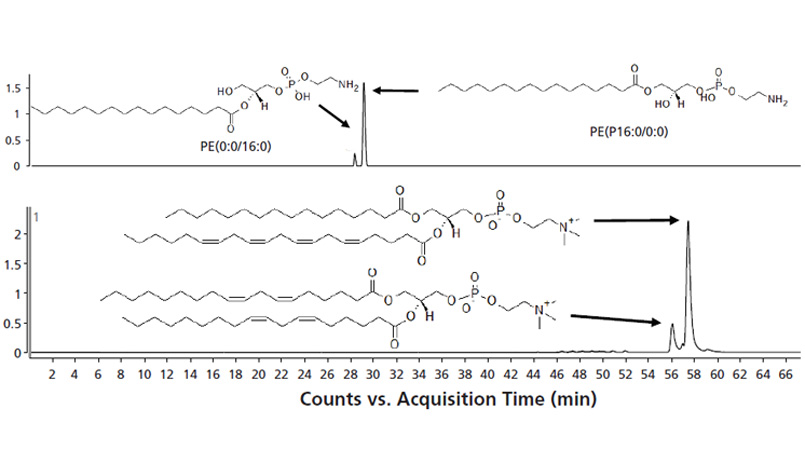 In lipidomics, not only is there a requirement for the separation of inter-class lipid species (fatty acids, glycerolipids, polyketides etc.) and intra-class species, but the accurate and reliable separation and determination of structural isomers is also needed.

Recently, an article was published in LCGC Europe on the performance of micro-pillar array columns (µPAC) combined with high-resolution mass spectrometry for lipidomics. The study revealed acutely accurate separation and determination of structural isomers and intra-class species with this novel column technology.

Scientists were able to show a wide lipidome coverage and highly effective differentiation power of a typical blood plasma sample using reversed-phased µPAC LC. The study demonstrates isomeric separation of lipids such as phosphatidylcholines (PC) and lyso-phosphatidylethanolamine (PE) species, making this technology an attractive choice for those conducting lipidomics research. 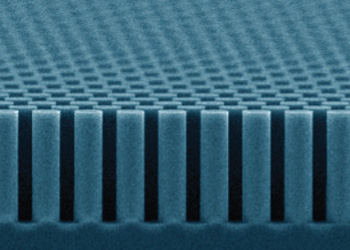 The novel µPAC technology, by PharmaFluidics, is made using lithographic etching techniques borrowed from the semiconductor chip manufacturing industry, resulting in a perfectly ordered separation bed on a silicon chip. The smart design offers several advantages over conventional packed bed and monolith columns.

concentration of compounds. Furthermore, each micro-chip is identical due to the lithographic process, meaning reliable big data analysis, from multiple labs' results, can be achieved due to the robustness and reproducibility of the technology – an important criterion for the analysis of the complex and vast field that is lipidomics.

In addition to its successful µPACᵀᴹ C18 nano-LC column, the PharmaFluidics team has created an optimally compatible trapping column enabling fast sample clean-up and enrichment of peptide samples prior to injection onto the analytical column. Similar to the analytical columns, µPAC™ trapping columns are unique in their kind as they consist of a perfectly ordered array of micropillars that has been etched out of a solid piece of silicon. The column dimensions have, however, been redesigned to allow higher flow rates. These high flow rates are essential for reducing sample loading times to a minimum. This unique feature allows µPACᵀᴹ C18 trapping columns to operate over a wide range of trapping configurations. The trapping columns are currently under beta-testing and are likely to be commercially available by summer 2018.

PharmaFluidics was at Pittcon international conference and expo in Orlando, USA, last week, where the team showcased its µPAC technology in booth #1564 including a beta-version of the µPAC™ trapping columns.

Look out for SelectScience's video coverage of PharmaFluidics and all the other show highlights on the special Pittcon 2018 feature page.