4.7/5.0 (8 reviews)Average rating based on total average product review rating for all company products.


Kuraray was founded in 1926 for the purpose of commercializing synthetic rayon, which was cutting edge technology at the time. In 1950 during the post-World War II period, as Japan's first domestic producer of synthetic fiber based on original Japanese technologies, Kuraray became a world leader in the commercialization of PVA (poval) fiber under the KURALON brand, ushering in Japan's pioneering era in the chemical synthetic fiber industry. 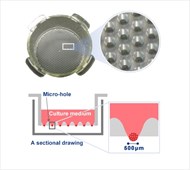