Manufacturer Bio-Rad | View All Models  |  Available Worldwide
Be the first to review this product
The StarBright Blue 700 Fluorophore is an ultra-sensitive polymer-based fluorophore with an excitation maximum at 470 nm and emission maximum at 705 nm. StarBright Blue 700 is a brighter alternative to PerCP-Cy5.5, with less spillover, and does not exhibit tandem breakage. 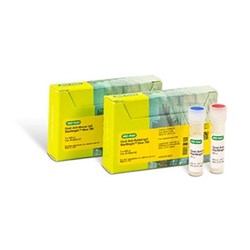 StarBright Blue 700 Secondary Antibodies are ideal for fluorescent western blotting — either for the detection of a single target protein or for multiplex detection of several proteins on one blot, without stripping and reprobing. The StarBright Fluorophore is composed of a condensed polymer made up of multiple light-absorbing and -emitting monomers which provides an exceptionally bright signal (high quantum yield) compared to most traditional fluorophores.

StarBright Blue 700 Fluorescent Secondary Antibodies can be used with traditional fluorophores like the DyLight 800 Fluorophore for multiplexing. In addition, StarBright Antibodies can be used with Bio-Rad's stain-free technology and/or the hFAB Rhodamine Anti-Housekeeping Primary Antibodies for protein normalization. These antibodies are optimized for use with the ChemiDoc MP Imaging System, permitting detection of up to three proteins in a single blot.

Schematic representation of a StarBright Blue 700 Label conjugated to an antibody. The light-absorbing monomer is excited at 470 nm and, via an efficient intramolecular transfer process, the energy is transmitted to a light-emitting monomer, which emits at 700 nm. An antibody is conjugated to linker monomers.

StarBright Blue 700 Secondary Antibodies can be used for multiplex fluorescent western blotting with the right combination of fluorophores as described in the table below. These fluorescent secondary antibodies can also be used to detect post-translational modifications like phosphorylation of a target protein.

Note: StarBright Antibodies are not suitable for stripping and reprobing.

Request Pricing on 4 Products
Select all, or select products to inquire on
1 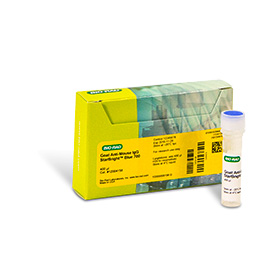 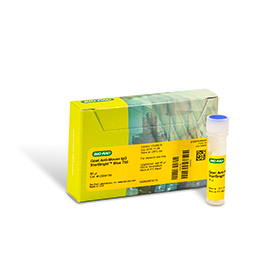 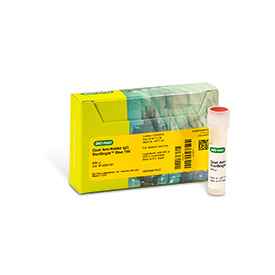 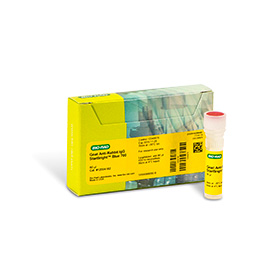 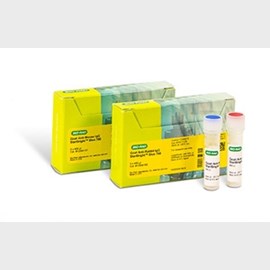