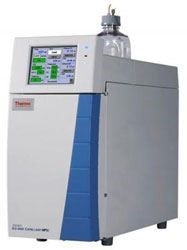 “The judges graded each entry on environmental impact, industry impact, innovation, design, and marketing potential,” said Jerry Laws, editorial director, Environmental Protection. “We heartily congratulate all of the companies that entered the contest, and made it so competitive.”

The TRACE 1300 series system also received the Novelties in Technology 2012 award at HET Instrument 2012, the largest exhibition for analytical instrumentation in The Netherlands.