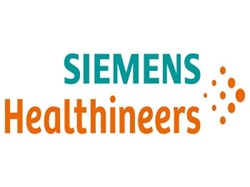 Siemens Healthineers is now distributing the ARK™ Fentanyl Assay, providing laboratories with a greater window to screen for fentanyl to more effectively triage patients who have been exposed to the dangerous opioid. The U.S. Centers for Disease Control and Prevention describes fentanyl as a synthetic opioid that is 50 times more potent than heroin and 100 times more potent than morphine.

There are two types of fentanyl: Pharmaceutical fentanyl is prescribed to manage severe pain in cancer and surgical patients and end-of-life palliative care. Non-pharmaceutical fentanyl, or illicitly manufactured fentanyl, is often mixed with heroin and/or cocaine—with or without the user’s knowledge. Addictive cocktails incorporating illicitly manufactured fentanyl have created the leading cause of drug overdose death.

Both the potency of fentanyl and the alarming rise in misuse and abuse poses an overdose danger, thereby increasing the need for effective diagnostic tests that can confirm the presence of fentanyl. Fentanyl can be absorbed into the body several different ways and pose a risk to anyone, including first responders and healthcare personnel, who come into contact with the drug.

The ARK Fentanyl Assay extends the detection window to provide the information clinicians need to triage their patients more appropriately. This is important because fentanyl absorption occurs at different rates depending upon the type of exposure, and during this time a patient will typically face suppressed respiratory function and should be closely monitored. When consumed, fentanyl is metabolized to norfentanyl and other metabolites. About 90 percent of the dose is excreted in urine as norfentanyl, while parent fentanyl accounts for less than 7 percent. Because fentanyl metabolizes quickly, assays measuring solely the parent fentanyl typically have a shorter window for detection. The ARK Fentanyl Assay from ARK Diagnostics, Inc. can detect both norfentanyl and the parent fentanyl, enabling laboratories to identify more true positives.

“Fentanyl testing provides necessary clinical information for more effective patient care where a gap currently exists. Adding the ARK Fentanyl Assay to the Atellica Solution menu offers laboratories an extensive drugs-of-abuse testing menu which can be run efficiently on a single instrument,” said Deepak Nath, PhD, President of Laboratory Diagnostics, Siemens Healthineers. “It also empowers laboratories to help identify exposure and addiction in their communities, and aid clinicians in getting patients on the path to treatment.”

The ARK Fentanyl Assay is 510(k) cleared by the FDA and is CE Marked. It is available on automated clinical chemistry analyzers offered by Siemens Healthineers including on the Atellica® Solution, Viva Systems, Dimension and Dimension Vista Systems. Using the ARK Fentanyl Assay, opioid testing can be consolidated with other Siemens Healthineers assays, including Oxycodone, Buprenorphine, 6-Acetylmorphine, Methadone, and Opiates.