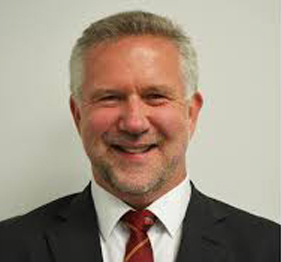 A noted forensic scientist, Dr. John Buckleton has worked extensively in the DNA field as a member of New Zealand’s Institute of Environmental Science and Research Limited (ESR). With a case working experience covering 36 years, Dr. Buckleton has examined more than 2,000 cases and testified over 200 times. He is also one of the developers of STRmix™, sophisticated forensic software used to resolve mixed DNA profiles previously considered too complex to interpret.

Q. DNA generally is regarded as the gold standard when it comes to crime solving. Is there a downside to relying on DNA in criminal cases?
DNA profile interpretation is relatively simple when the DNA present is from one person. Unfortunately, this isn’t always the case. Often, the DNA present is in low amounts, has been aged or degraded, or is “mixed” – that is, from more than one person – all of which makes DNA identification complicated.

Q. How has STRmix™ changed that?
STRmix™ has greatly improved the ability to interpret complex DNA samples with a significantly higher degree of speed and accuracy than ever before possible. As such, STRmix™ significantly improves the ability of forensic analysts to contribute to criminal investigations in which DNA evidence previously was thought to be unresolvable.

Q. How can STRmix™ do that?
Using a scientific understanding of the behavior of biology to develop millions of conceptual profiles within the software, STRmix™ examines and grades profiles based on how closely they resemble the observed mixed DNA profile. Each of these individual DNA profiles can then be compared to a suspect’s DNA profile in order to calculate the strength of the evidence when compared to these profiles.

This approach enables analysts to interpret DNA results faster, compare profiles against a person of interest, calculate a likelihood ratio which demonstrates the strength of the match, use more of the information in a DNA profile, and ultimately, resolve previously unresolvable and highly complex DNA mixtures. 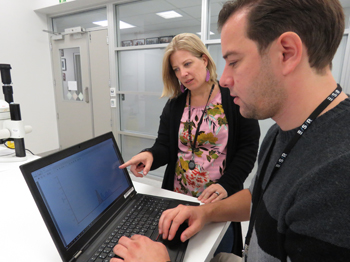 Q. STRmix™ has been in use for less than a decade. Is it too new to be regarded as reliable?

While STRmix™ is relatively new, it is based on standard mathematics that has been in use for decades. Markov published the first of his papers in 1906. Other components of the Markov Chain Monte Carlo (MCMC) algorithm and probability methods employed by STRmix™ were born in Los Alamos, NM during World War II, eventually resulting in the Metropolis algorithm in the early 1950s. MCMC was then brought closer to statistical practicality by the work of Hastings in the 1970s.

Today, MCMC is considered mainstream and is a widely-used technique outside forensic science. It is used in weather prediction, computational biology, computational linguistics, genetics, engineering, physics, aeronautics, the stock market, social science, and of course, betting.

STRmix™ has achieved Certificate of Networthiness status on the U.S. Army Network, while the Federal Bureau of Investigation’s validation of STRmix™ largely meets the requirements of the President’s Council of Advisors on Science and Technology (PCAST).

Q. How widely is STRmix™ being used?
Since its introduction in 2012, STRmix™ has been used to interpret DNA evidence in more than 100,000 cases around the world. It is currently being used by the forensic labs at 45 U.S. agencies, including the FBI and the Federal Bureau of Alcohol, Tobacco, Firearms, and Explosives (ATF), and is in various stages of installation, validation, and training in another 60 U.S. labs.

In addition to its use in the U.S., STRmix™ is being used in all nine state and territory labs in Australia and New Zealand, as well as 12 forensic labs in England, Scotland, Ireland, Finland, Dubai, Denmark, and Canada. 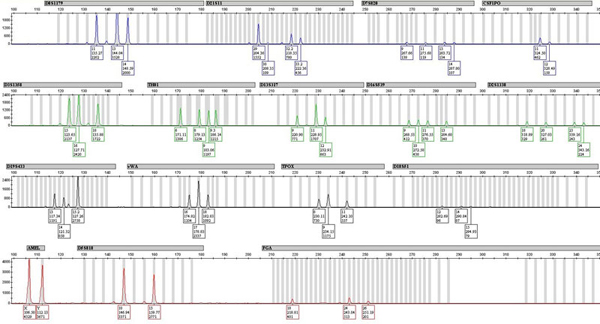 Q. What does the future look like for DNA profiling and how does STRmix™ fit into that?
DNA is well-established as the gold standard when it comes to crime solving. Praised by appellate court decisions and successfully used by both the prosecution and the defense, DNA testing has come to be regarded as the bread-and-butter of forensic investigation, with the ability to reliably produce the right result.

Because DNA is not without its challenges due to poor-quality samples, partial profiles containing degraded DNA, or mixed DNA samples, there was a need for software like STRmix™. Since its introduction, STRmix™ has moved from being an experimental technology to the broadly accepted norm in cases in which forensic DNA software is required to resolve such profiles. I expect use will continue to grow as the software is continually improved and new features and functionality added.

The latest version of STRmix™ will be launched later this year. STRmix™ v2.7 builds on previous versions of STRmix™, while adding several new features including a variable number of contributors (varNOC) for multi-kits and the ability to compare two or more mixtures to find a common contributor. Other STRmix™ v2.7 improvements include: the ability to vary the number of contributors in Hp and Hd in a varNOC run; improved models for composite peaks; and improved MCMC models for sampling from a probability distribution.

Don't just take our word for it, read reviews left by scientists to help you choose the best instruments for your lab, or share your opinion to help your peers by writing your own review today. Read the latest review for the STRmix from Rachel H. Oefelein, Quality Assurance Manager/Research & Innovation at DNA Labs International.

Special thanks to our guest editor Ray Weiss for this article. Want more science news like this straight to your inbox? Register as a member of SelectScience today for free>>