Product News: On the Trail of Microorganisms 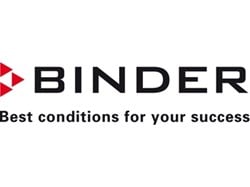 In the seventeenth century, Dutch natural scientist Antoni van Leevwenhoek developed a technique for manufacturing highly precise glass lenses and used them to create the first high-resolution microscope. Using this invention, he was the first person to observe single-cell protozoa and bacteria that are not visible to the naked eye. Today, microbiology is a branch of biology. This very complex area of science has to do with research on bacteria, fungi, protozoa, cyanobacteria, and viruses. Important discoveries in this field have in turn created the basis for other areas of research, including modern genetic engineering, molecularbiological technology, medical diagnostics, as well as food testing and microbiological stability testing in the pharmaceutical and cosmetics industries. In all these areas, incubators are used to incubate samples or organisms.


Most pathogens (microorganisms) have adapted their optimum temperature to their hosts'—mankind's—normal temperature of 37 °C. BINDER Series BD and Series BF incubators are particularly suited to such incubating temperatures between 30 °C and 37 °C. The standard BD incubator works with natural convection and is generally used for small batches or for incubating robust sample formats. In turn, the BF incubator, which uses mechanical convection, ensures rapid, even temperature distribution in large, fully loaded chambers and when doors are opened frequently. Mechanical convection also has a positive effect on the unit's heating up and recovery times. Both incubators can be decontaminated at 100 °C, which minimizes the risk of cross-contamination. Important applications in which the BD and BF incubators are used include medical diagnostics, hygiene controls, and molecular biology.

There are, however, also organisms that thrive at temperatures between 20 °C and 30 °C—organisms that have a considerable effect on the spoilage rates of foods and beverages. Very careful verification is therefore necessary in the manufacture of foodstuffs. Samples are taken at regular intervals during the production of food items and incubated at various temperatures in incubators. It becomes apparent in just a few days whether the sample contains undesirable organisms, which would lead to spoilage.

Flexible incubation times are particularly important for sterilization tests in pharmaceutical products. In addition to the common microbiological incubations at 37 °C, BINDER KB and KT cooling incubators also cover the temperature range from 20 °C to 30 °C. At the same time, these units are equipped with a cooling function of +4 °C or -5 °C so that the incubation can be interrupted, if necessary. The cooling function can be used to compensate for the heat generated when a shaking device is used as well as to maintain low incubation temperatures (15 °C to 30 °C). This wide temperature range enables reliable incubation even at high ambient temperatures. The difference between the KB and KT cooling incubators lies in the cooling technology. The KB operates using a powerful compressor, while the KT uses a modern Peltier element. Peltier technology requires no environmentally damaging or flammable refrigerants and provides energy-efficient operation at ambient temperatures.

Temperatures in both cooling incubators can be precisely adjusted in increments of one-tenth of a degree by means of a user-friendly multi-function control. The comprehensive program functions also expand the range of application. The KB and KT cooling incubators also offer 100 °C decontamination to prevent cross-contamination.