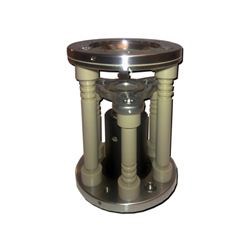 It will be on display at the PHOTONIS booth (#76) at the upcoming American Society of Mass Spectrometry Conference in Vancouver, BC, Canada from May 20-25.

The new PHOTONIS high mass MALDI-TOF detector features a large 250mm2 collection area which allows for higher sensitivities without the need for higher post-acceleration voltage. The detector is comprised of a high-sensitivity microchannel plate, a high-speed scintillator, and a photomultiplier which can detect both positive and negative ions with 30 kV isolation. This innovative solution also features a gridless optic system that provides high sensitivity detection for masses in excess of 100 kDa. The compact shape and simplified detection system supports many high mass operating modes without the need to manipulate the detector through the ion beam.