Abbott's new technology is poised to be the first point-of-care blood test for assessing concussions, providing doctors results in 15 minutes 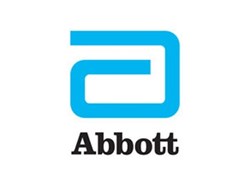 Abbott has announced that a new study, published in Lancet Neurology, found that elevated levels of a protein measured with the company's blood test under development could help detect mild traumatic brain injuries (TBIs), even when a CT scan did not detect it.  Findings from the Transforming Research and Clinical Knowledge in Traumatic Brain Injury (TRACK-TBI) study – one of the largest TBI efforts of its kind – show this new technology could help fill a gap in emergency rooms today by identifying patients who might otherwise have gone undiagnosed.

"Blood-based biomarkers are emerging as an important tool to detect TBI, and this research opens up the next chapter for how the condition is evaluated," said Geoffrey T. Manley, M.D., Ph.D., principal investigator of TRACK-TBI, neurosurgeon and professor of neurosurgery, University of California, San Francisco (UCSF). "Having these sensitive tools could provide physicians more real-time, objective information and improve the accuracy of detecting TBI. This research shows that blood tests have the potential to help physicians triage patients suspected of brain injury quickly and accurately."

The need for fast, accurate, objective testing of TBI

More than 4.8 million people in the U.S. visit the emergency room each year to be evaluated for brain injury. An accurate diagnosis is critical to making sure the patient's care is managed appropriately. To currently detect a brain injury, doctors use a physical examination, a series of screening questions for cognitive and neurological symptoms and often order a CT scan to confirm the diagnosis of TBI. CT scans have become the standard of care to acutely look for bleeding or swelling in the brain. Yet, in this study, nearly 30% of patients with a normal CT scan showed signs of TBI when doctors used an imaging technology that is more sensitive: an MRI scan. However, MRIs are not available at all hospitals, are considerably slower to produce results, and are generally more expensive than CT scans and blood tests.

Researchers from TRACK-TBI evaluated 450 patients admitted to the emergency department of 18 U.S. Level 1 trauma centers with a suspected TBI, who also received a negative CT scan, to determine if the brain-specific glial fibrillary acidic protein (GFAP) could be a biomarker, or indication, that helps physicians detect TBIs. The study used Abbott's i-STAT™ Alinity™ device – a handheld, portable blood analyzer that produces test results in minutes right by a person's side – and its blood test under development to measure a patient's GFAP protein level. The i-STAT Alinity device is available outside of the U.S. and is not yet commercially available in the U.S.

Among these 450 participants with a negative CT scan, researchers evaluated GFAP levels in their blood and then reviewed their MRI scans taken up to two weeks later to confirm the TBI. When looking at the people who had detectable levels of this protein, the study found that among the 90 people with the highest levels of GFAP detected, 64% were confirmed to have a TBI by the MRI scan. By contrast, for the 90 people with the lowest levels of GFAP, 8% were confirmed to have a TBI. The research showed that GFAP could be used to determine which group of people should be screened further or referred for an MRI to confirm their TBI.

The study also looked at three additional brain biomarkers to assess any association between elevated levels of those proteins and brain injury: S100 calcium-binding protein B (S100B); ubiquitin C-terminal hydrolase L1 (UCH-L1); and neuron-specific enolase (NSE) protein. Researchers found that elevated GFAP levels were more sensitive for detecting brain injury in patients with a negative CT scan than were elevated levels of UCH-L1, S100B or NSE.

When a brain injury occurs, damaged cells release proteins that leak out of the brain and into the bloodstream. If a person has a suspected brain injury, elevated levels of these protein biomarkers in the person's blood sample could help doctors evaluate their condition and determine optimal treatment.

As the global leader in diagnostic point-of-care testing, Abbott has more than 120 scientists and engineers who are researching and developing Abbott's concussion assessment test. The test in development by Abbott measures specific proteins, such as GFAP, that are released from the brain when it's been injured – serving as a warning bell that further evaluation is needed.

"Healthcare providers rely on blood tests for a variety of conditions because of their accuracy and speed, yet we haven't had a blood test for the brain as part of the standard of care," said Beth McQuiston, M.D., R.D., neurologist and medical director, Diagnostics, Abbott. "Abbott's i-STAT device has become a trusted brand in hospitals globally today. In the future, our TBI test and next generation device could also be added to the standard of care, working together with CT scans and other diagnostic tools to provide doctors with a more complete understanding of a patient's condition."