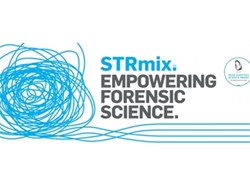 Since its introduction in 2012, STRmix™ has proven to be highly effective in interpreting such complex DNA evidence, contributing to the successful resolution of more than 220,000 cases worldwide.

“STRmix™ has produced interpretable and legally admissible DNA evidence in a wide range of violent crime and sexual assault cases, as well as cold cases in which it was used to re-examine evidence originally dismissed as inconclusive,” explains John Buckleton DSc, FRSNZ, Forensic Scientist at the New Zealand Institute of Environmental Science and Research (ESR) and one of the developers of STRmix™.

As a result of its successful use, demand for STRmix™ has risen dramatically. With the addition of Montgomery County, which went live on June 10, 65 local, state, federal, and private forensic laboratories throughout the U.S. (including the FBI and ATF) are now using STRmix™ to interpret complex DNA profiles. They are joined by all nine state and territory labs in Australia and New Zealand, and labs in 13 other countries, including the U.K. Canada, Finland, and Denmark.

STRmix™ works by assessing how closely multitudes of proposed profiles resemble or can explain an observed DNA mixture. Relying on methodologies routinely used in computational biology, physics, engineering, and weather prediction, the probability of the observed DNA evidence can be calculated assuming the DNA originated from either a person of interest or an unknown donor. These two probabilities are then presented as a likelihood ratio (LR), inferring the value of the findings and level of support for one proposition over the other.

In late 2020, a new version of STRmix™, STRmix™ Version 2.8, was introduced following nearly a year of extensive development and testing. STRmix™ v2.8 features a top-down approach that enables users to set the number of major contributors to a mixed DNA profile in which there is interest, and then obtain the LR only for those contributors. This approach allows users to tackle more complex profiles faster. The new version of STRmix™ also contains improved modeling and memory usage.

Together, STRmix™, FaSTR™ DNA, and DBLR™ complete the full workflow from analysis to interpretation and database matching.